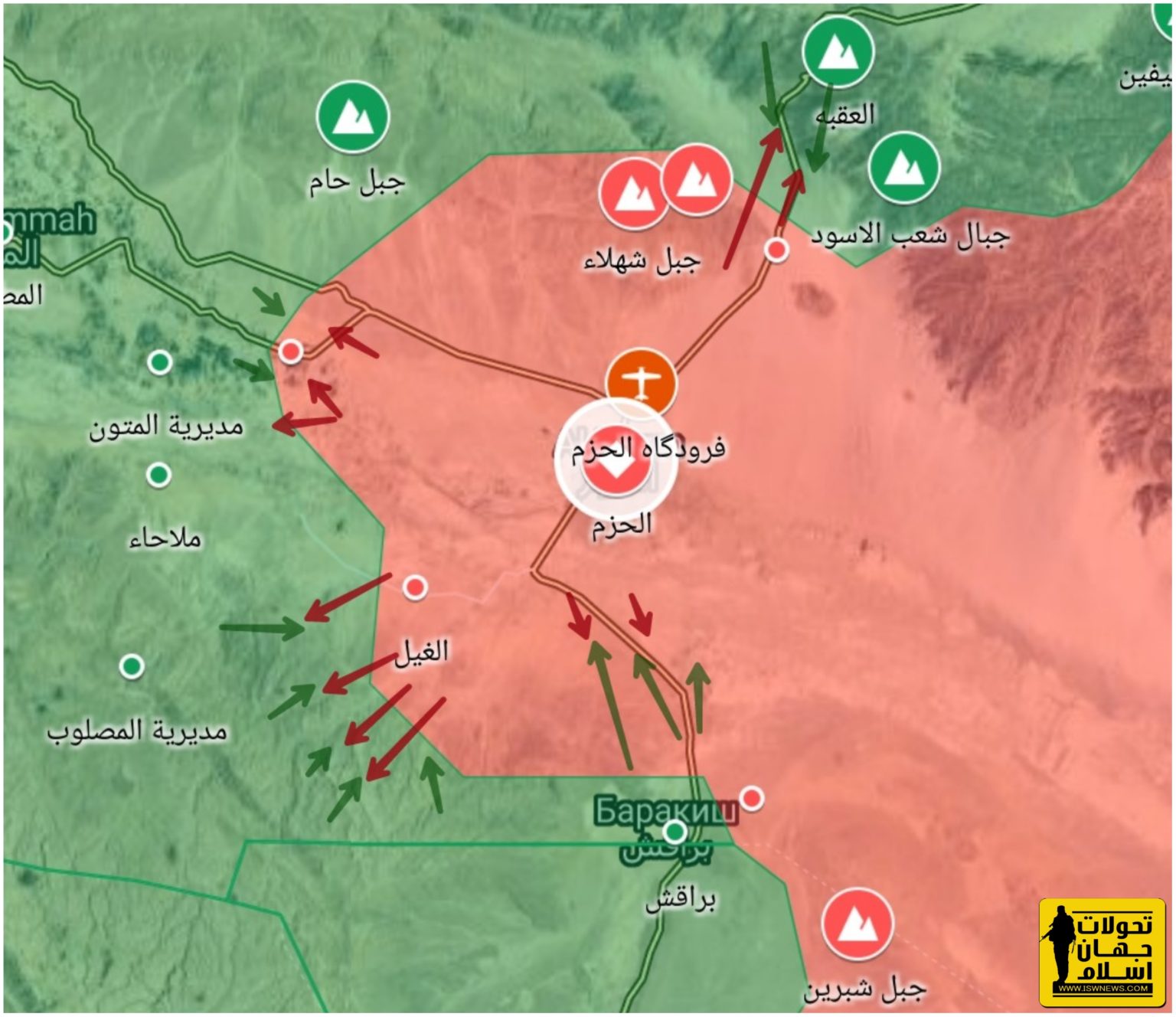 2. Taiz:
Ansar Allah engagement with Saudi coalition in east of Taiz. Saudi coalition sources claim to occupy Maqrami hill which is rejected considering that Ansar Allah has control on heights around the hill, until evidences are shown.

5. Unconfirmed news that Qasim al-Rimi, leader of Al Qaeda in Saudi Arabia was killed in US airstrike in Yemen. Neither USA nor al Qaeda sources have confirmed it.