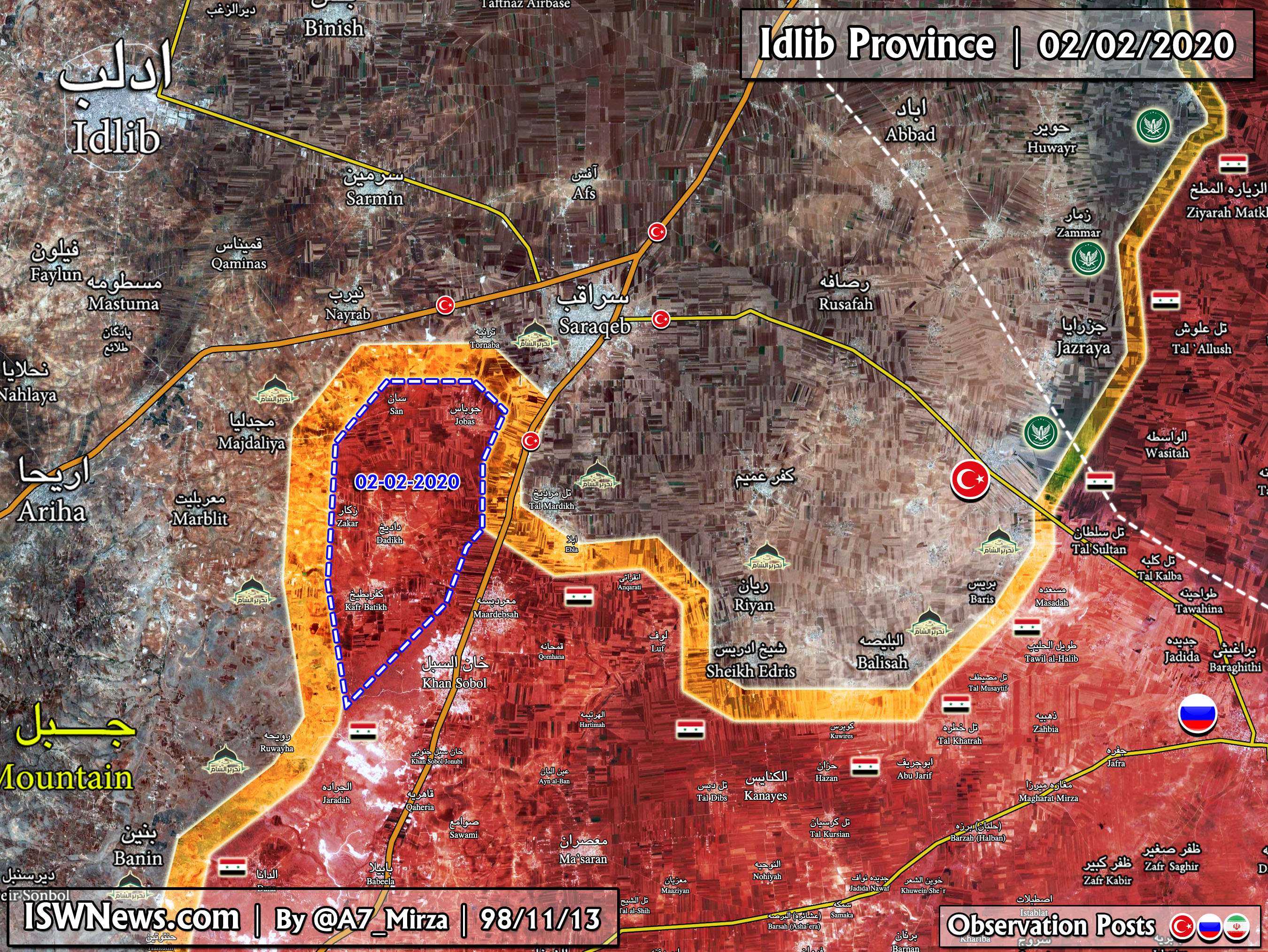 On February 2, Syrian Army forces succeeded in liberating areas such as Dadikh, Kafr Batikh, Zakar, Jobas, San in the province of Idlib, and now they are 3 kilometers away from the town of Saraqeb.

With the Syrian Army advances in this axis, Saraqeb is now in direct sight of the Syrian army; the M4 highway west of Saraqib is also under Syrian army fire.

Following the the Syrian army operation in the area, in the past days, the Turkish army had set up three military points in the north, south and east of the town of Saraqeb, and today a fourth point was built west of Saraqeb and on the M4 highway. The militants see these four points as a major barrier against Syrian military operations!

According to some reports, after bombardment of the militant positions near Tornaba, Turkish forces also fired mortar rounds against the SAA positions in response to SAA attacks.