Erdogan blackmailing on the recent developments of Syria! 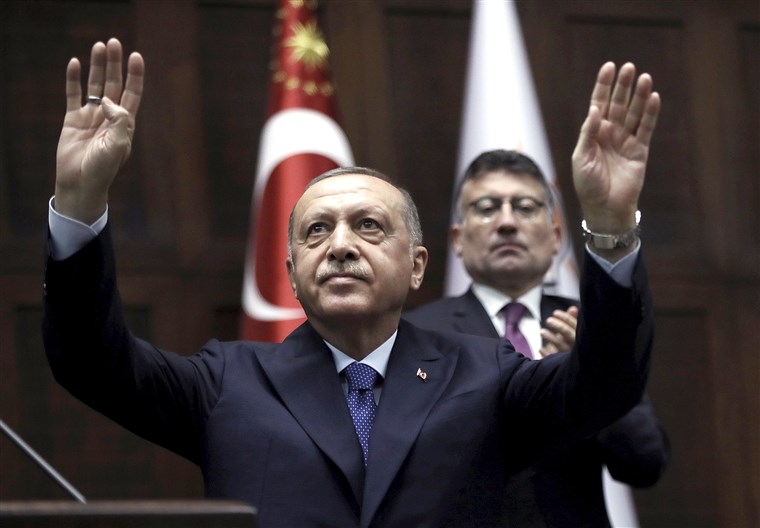 Erdogan said:
– We have waited so much, for staying away from Syrian civil war from 2011 until now!
– We are seeing the inefficiency and collapse of the process of Astaneh. Current agreements in the east of Euphrates and Idlib are not influential.
– They ask us that what are you doing in Syria. I also ask what do you do in this country!?
– Everywhere the Turk soldier’s blood is been shed, nothing can continue as the past.
– The Syrian regime is a puppet. Their attack against the Turkish observation points was a major turning point in our policy, and Damascus does not do any action without supports of Russia and Iran.
– So far, one million people from the regions that are under control of Turkey in Idlib, have moved toward our country’s borders. Nobody has right to impose such situation on Turkey.
– If the security of Turkish forces in Idlib is not been provided, we will do this, ourselves and no one has right for protesting. The ground and air forces of Turkish army will run operation, any time they know it’s necessary.
– Turkey is doing all of its actions with observing the principle of not damaging the life and property of innocent people. Our civilization and culture path, is fighting the tyrants and supporting the oppressed people!
– If the forces of Assad regime do not withdraw from our observation posts by the end of February, Turkey will force them to do this!
– Their only effort and concern is arming the PKK, PYD and the YPG groups for confronting with Turkey.