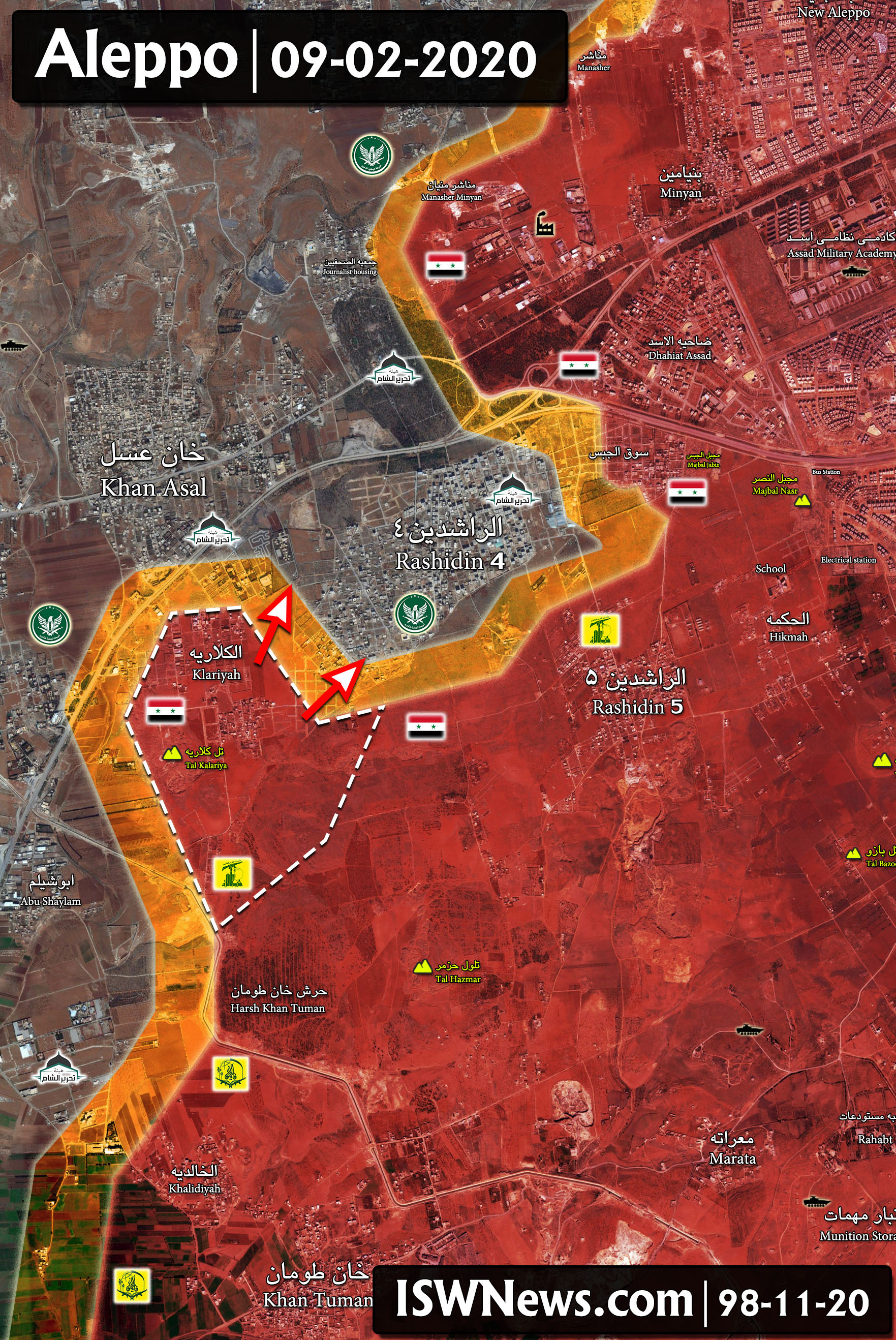 ISWNews Analysis Group: As of this morning, Resistance forces and Syrian army have advanced in Aleppo’s southwestern axis and could liberate Tal Kalariyah and Kalariyah in the western entrance of the city of Aleppo from occupation of terrorists.

Currently, heavy clashes between Resistance forces and militants are continuing in southern part of Rashidin 4. The liberation of Kalariyah and subsequently the liberation of Rashidin 4, plays an important role for securing southwest Aleppo and will pave the way for Khan al-Assal.