Map: Latest military situation in the northwest of Syria, 10 February 2020 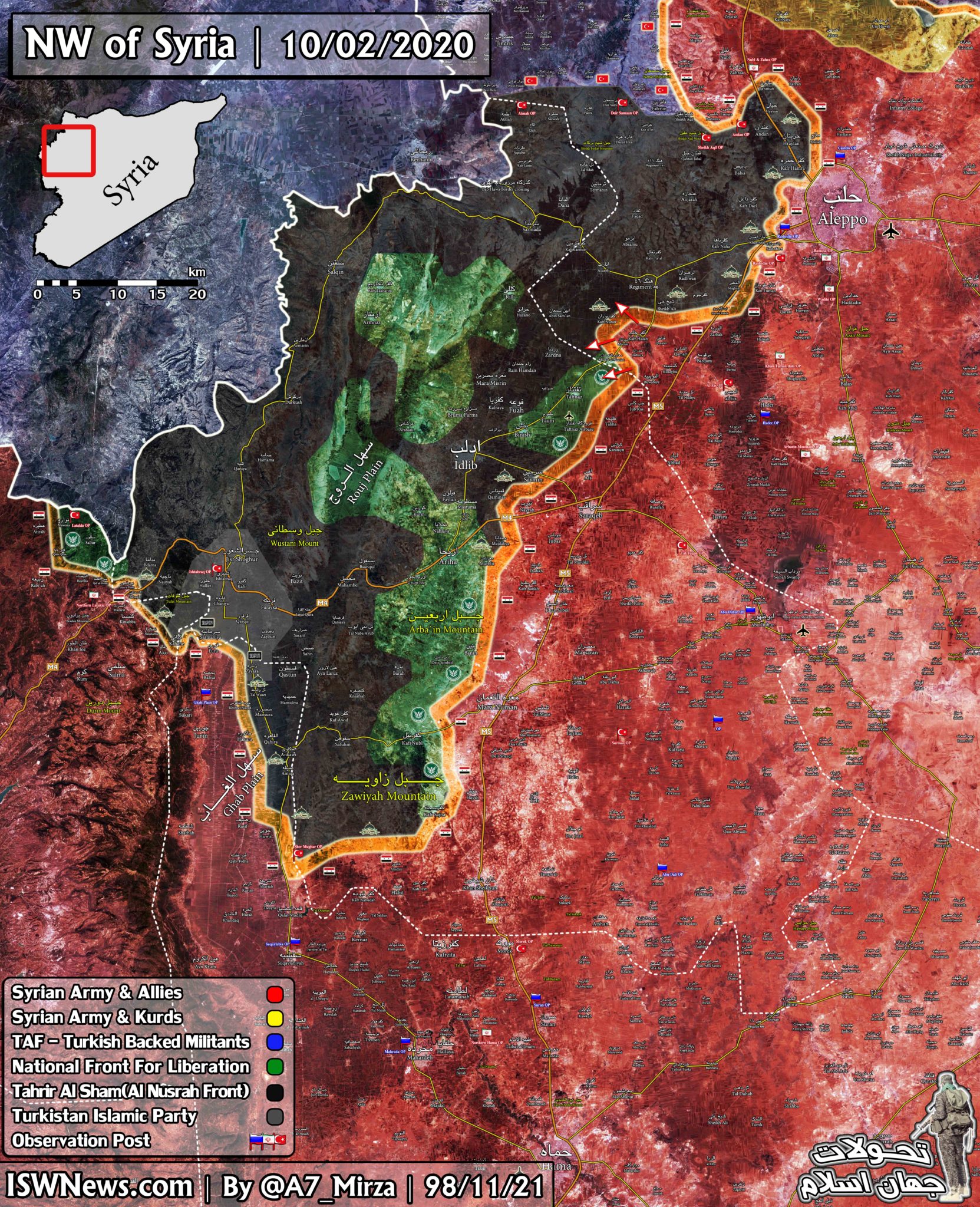 ISWNews Analysis Group: Following the Syrian Army operations in northwest of Syria the villages of Qanater, Kafr Halab, Miznaz and Jadraya in southwest of Aleppo province were liberated from the occupation of Hayat Tahrir al-Sham.

With the liberation of the Kafr Halab area and its heights, another major route for terrorists between the Idlib city and western Aleppo areas was cut off.
Currently the Syrian Army liberated almost half of Idlib province from the Hayat Tahrir al-Sham and other radical groups.

Syrian Army advances in Idlib region continues while Turkey threatens Syria to retreat from newly liberated areas in Idlib province, otherwise Turkey will go to war with Syria!
Following the escalation of tensions between Turkey and Syria, the Turkish Army targeted Syrian Army positions near the Saraqeb from Taftanaz airport, and the Syrian army in retaliation of Turkey aggression bombarded the Taftanaz airport with artillery and 5 Turkish troops were killed.