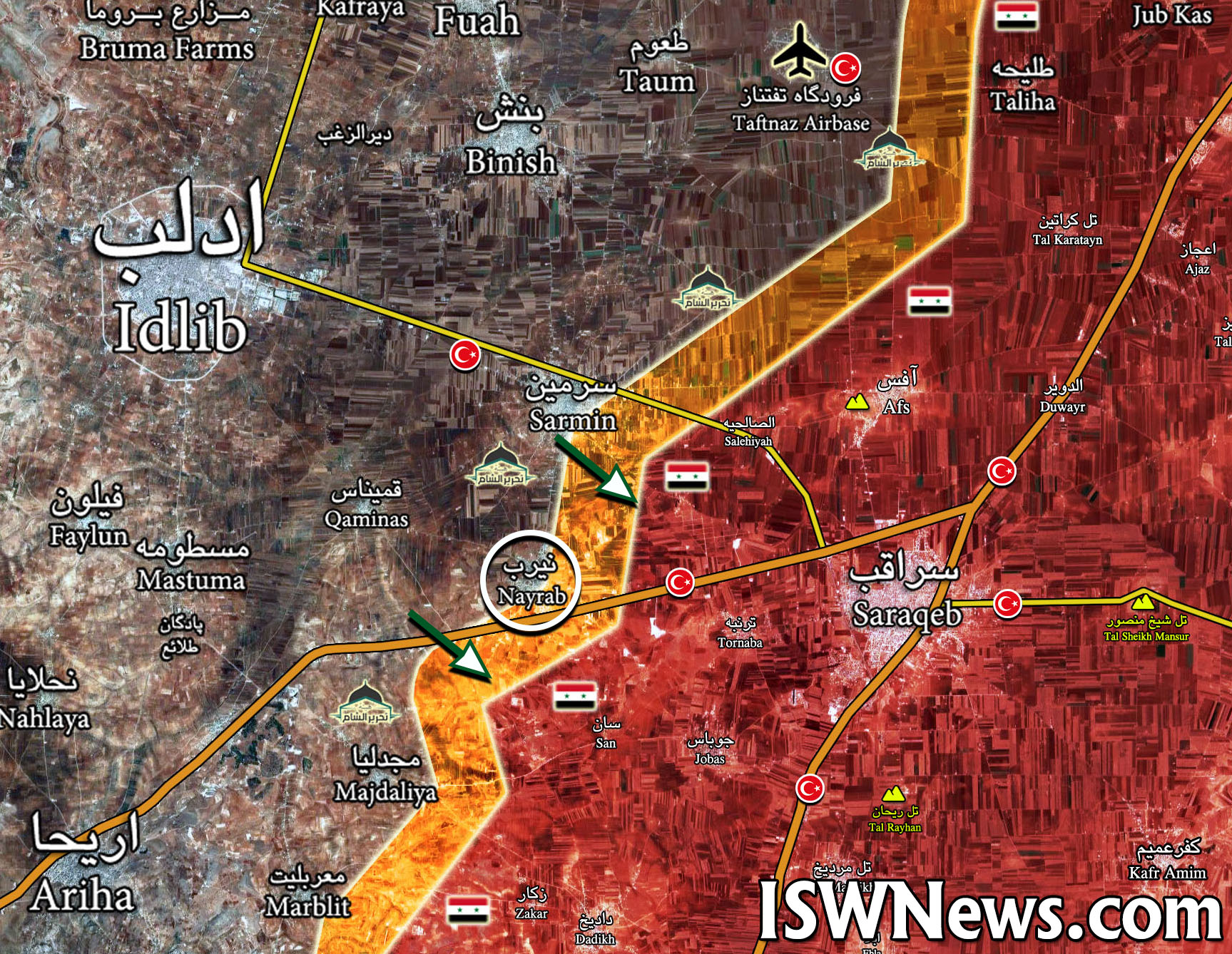 ISWNews Analysis Group: Hayat Tahrir al-Sham terrorists and other radical groups have managed to recapture the village of Nayrab in the west Saraqib in Idlib province.

During the past two weeks, after the liberation of Nayrab in the west of Saraqib by the Syrian army, terrorists have repeatedly attempted to recapture this important region from the Syrian army, failing many times, and sustaining significant losses in manpower and equipment. But today, as the Syrian army opens another front south of Idlib, the militants succeeded in pushing the SAA troops out of the Nayrab, with heavy counterattacks and Turkish artillery support.
It is noteworthy that the Syrian army artillery and the Russian fighter jets carried out heavy attacks against the positions and attacks of the terrorists, and also today they suffered a lot of damage. Turkey is trying to recapture Saraqib from the Syrian army at all costs and once again cut the M5 highway and redesign the future equations of the Idlib region as it wishes.

Currently, the Nayab area is under heavy Syrian fire from ground and air and has become a death trap for the militants.
In the past, the Syrian army used the tactic of retreating and implementing the burned ground! We should wait and see if this tactic works or the militants will advance.

It will be revealed tomorrow…