Intercession of Sayyaf and Karzai for peace in Afghanistan 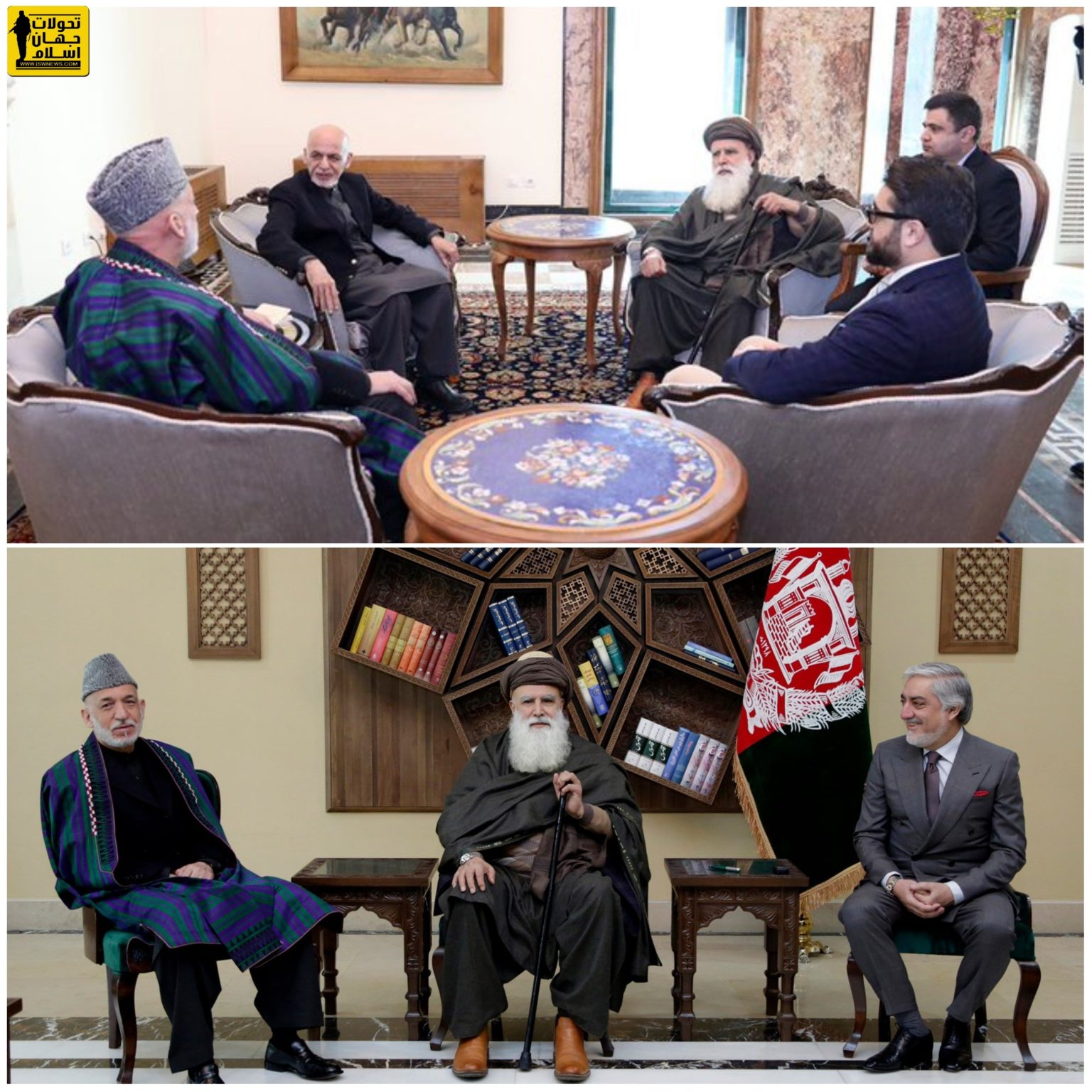 ISWNews Analysis Group: Abdul Rasul Sayyaf, a leader of Jihad era and Hamid Karzai, former president of Afghanistan, met with Abdullah Abdullah and Ashraf Ghani separately to solve the discord between them.

Following the crisis after election result announced, Sayyaf and Karzai proposed solutions to either sides.
Muhammad Mohaqiq said: Let’s see what kind of miracle do the hat of Karzai and cane of Sayyaf.
The intercession was not limited to these meetings and Zalmay Khalilzad met with Gulbuddin Hekmatyar.
US envoys effort to convince Abdullah Abdullah and dividing him from his supporters is continuing.