Statement by Iraqi resistance groups against the U.S. and al-Zurufi 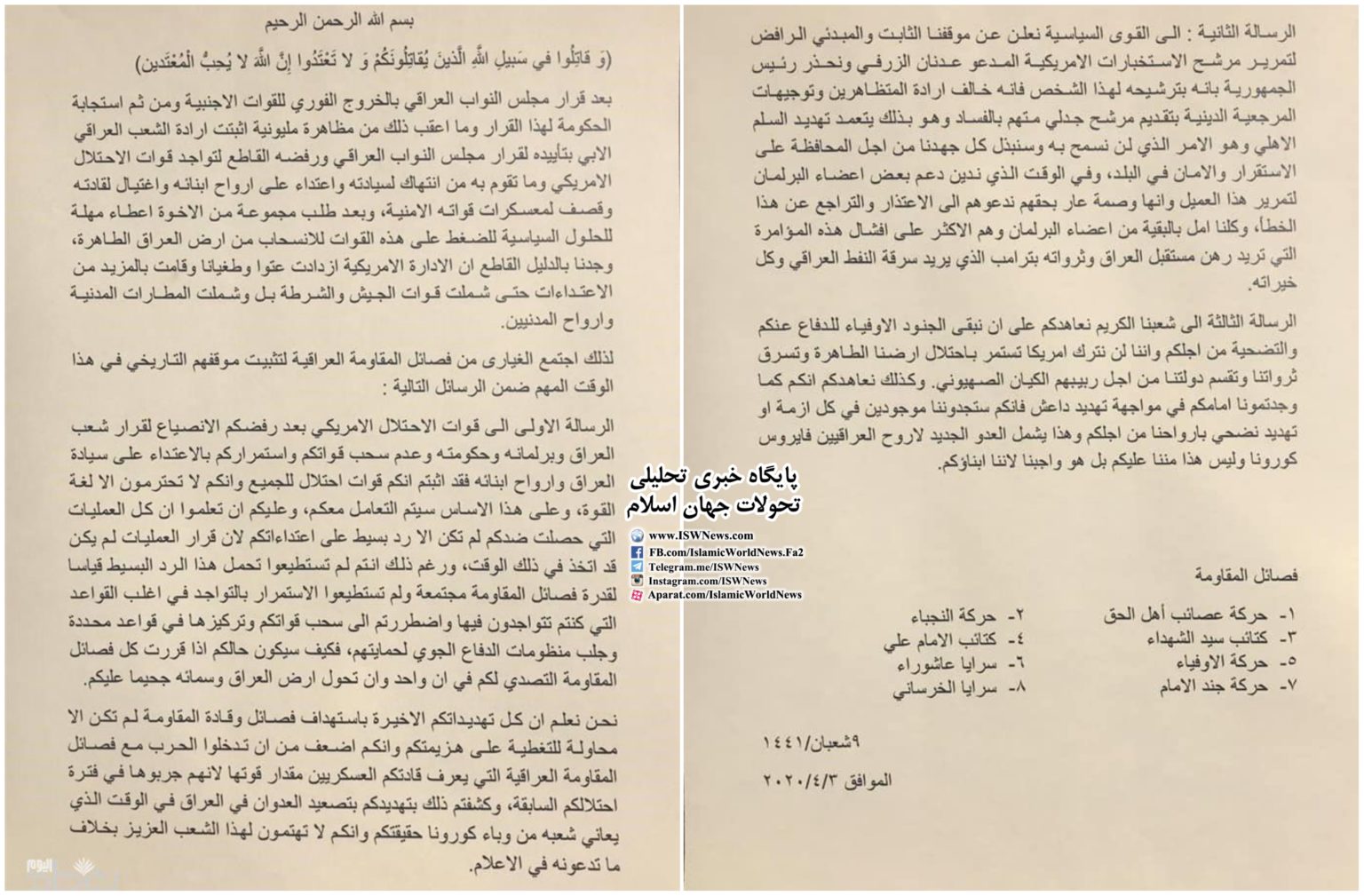 Summary of statement issued jointly by groups such as Asa’ib Ahl al-Haq, Harakat al-Nujaba, Kata’ib Sayyid al-Shuhada:
– Your recent threats are a cover up for your defeat.
– You are weaker than to open a war with us. Your leaders have tested us.
– We never allow USA to continue occupying our land, plundering our wealth and dividing our country.
– US forces in Iraq are occupiers and only understand the language of force.
– We show our objection to prime ministry of Adnan al-Zurufia, CIA’s candidate, and this will not prevent us from keeping security and peace in Iraq.
– We warn the president (Barham Salih) that introducing Adnan al-Zurufia is against the will of protesters and Marja.
– Introducing a controversial and accused of corruption candidate is a threat to the country peace and we won’t let it happen never.
– We decry support for this mercenary’s candidacy by some groups in the parliament and it is a shame for them. We ask them to compensate for their mistake.

Adnan al-Zurufia claimed he’s waiting for the parliament’s session date to approve his cabinet. He proclaims political movements are supporting him.