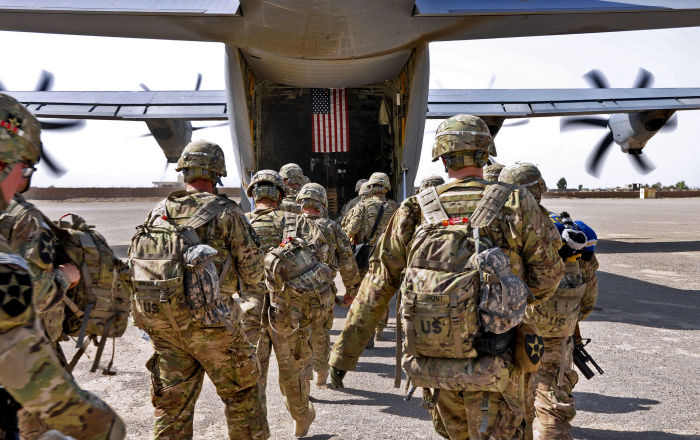 The region situation becoming more complex, the importance of Iraq in the issues and crisis of the region is still the first place. Iraq became the competition field between US. and Islamic resistance, and political movements have to choose one side. In this sense, American and Iranian officials paid visit to Iraq and met groups which we will cover here.

2. One reason of these movements is to convince Iraq’s parliament that USA is slowly leaving and has become the main topic of Adnan al Zurufi plans. In his last stances, he dodged to be considered close to USA and anti-Iran. Al Zurufi said that US ambassador in meeting with him said American forces will leave until middle of the following year.
Al Zurufi is waiting for the parliament’s session date to approve his cabinet. While Shia movements have selected a controversial person for his succession.

3. The selected person is Mustafa al-Kadhimi!
It is said that agreement on al-Kadhimi (chief of Iraq’s intelligence) was done after joint session between Ammar Hakim, Hadi Ameri and Nuri al-Maliki and introduced him to Barham Salih to replace al Zurufi. Some Iraqi media have reported Muqtada Sadr has approved it.
This controversial candidate and incidents precedenting it are strange for several reasons:

a) Kataib Hizbollah claim that Mustafa al-Kadhimi is suspected to be involved in assassination of Qassem Soleimani and Abu Mahdi al-Muhandis.
If this claim is true then Kataib Hezbollah should propose their evidences and if it’s wrong, they should retract their accusations. It is said that Mustafa al-Kadhimi did not gave the bag of documents of martyr Qassem Soleimani which was found in the scene upon Falih Al-Fayyadh request and he lied that he gave all documents. It seems Kataib’s problems with al-Kadhimi are above these issues.

b) Ali Shamkhani (secretary of Iran’s national security council) meeting with al-Kadhimi in his last trip and his meeting with Kataib Hezbollah officials cancelled.
This meeting left us two unanswered questions:
First Iran is not sure about Kataib’s claim or does not care about it. Second that considering Iraq’s current situation, Iran is ready to ignore al-Kadhimi’s mistake and ready to collaborate with him. It is said that after Shamkhani and al-Kadhimi meeting, Kataib Hezbollah cancelled their meeting with him as opposition.

4. Recently we have observed resistance groups threatens against USA have increased and suspicious rocket attacks against USA position in Iraq. This can be an excuse for USA to attack again or conduct assassination missions.
The weak point of Shia movements and resistance groups in Iraq is their uncertainty and despair confronting USA terrorism which is happening for many years in their country. This needs a decisive response to assassination of resistance commanders. If resistance groups see themselves limited due to keeping the unity with Kurdish and Sunni groups, they first need to reach agreement and allegiance with then in politics. The United politics means failure of USA plans to exploit and divide Iraq.