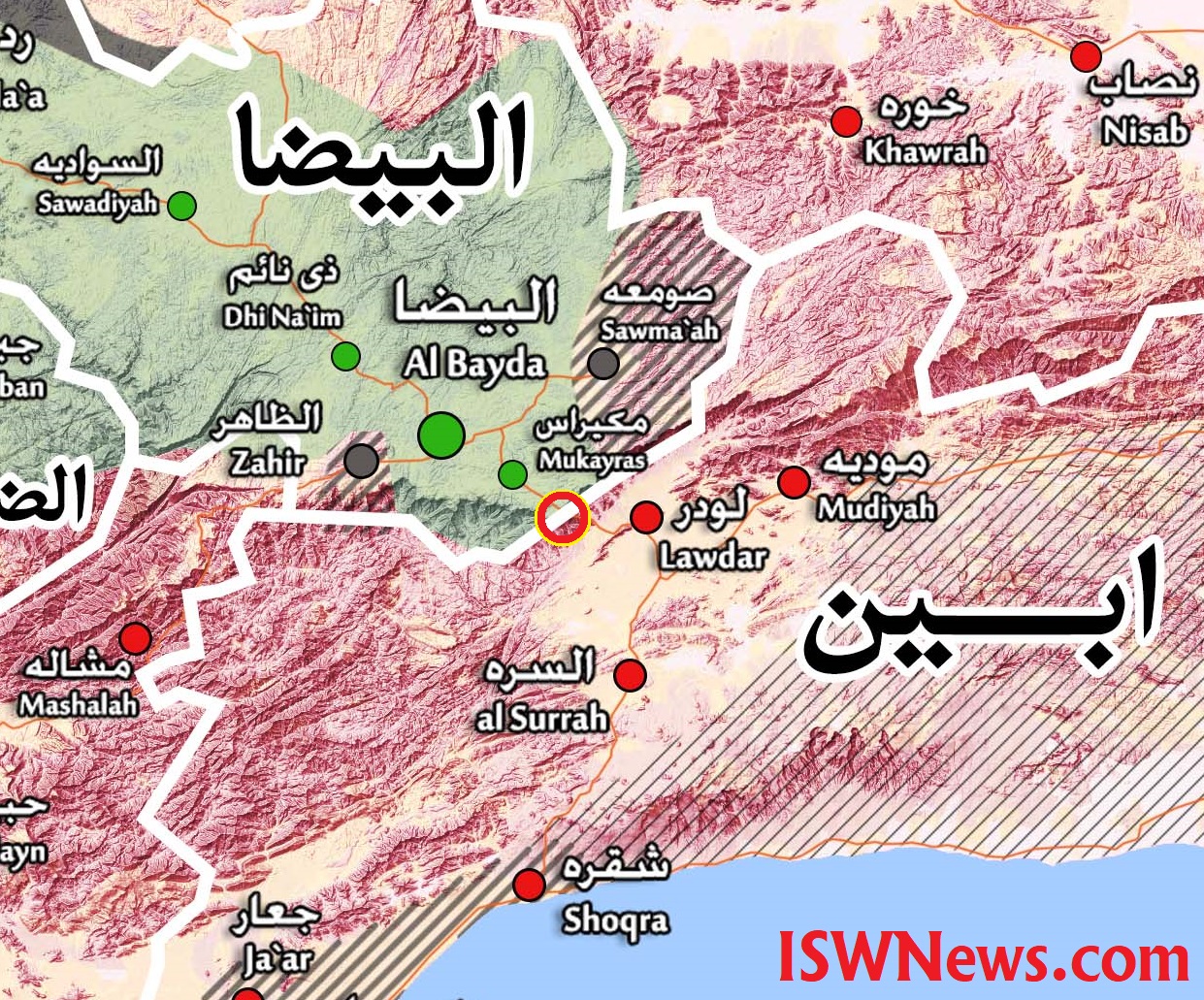 According to Saudi-led coalition sources, Ansar Allah managed to surround one of the brigades, which are under the command of Saleh al-Shajeri (one of the Mansour Hadi commanders), in Mukayris front, and from this morning brought heavy casualties upon them. One of the casualties is Amar Adel al-Jaberi one of field commanders of al-Baydha.

Before this during a missile attack against the al-Shajeri base by Ansar Allah, Hadi forces took heavy casualties. Now this siege is the second blow of Ansar Allah against Saudi-led forces on the Mukayris front.