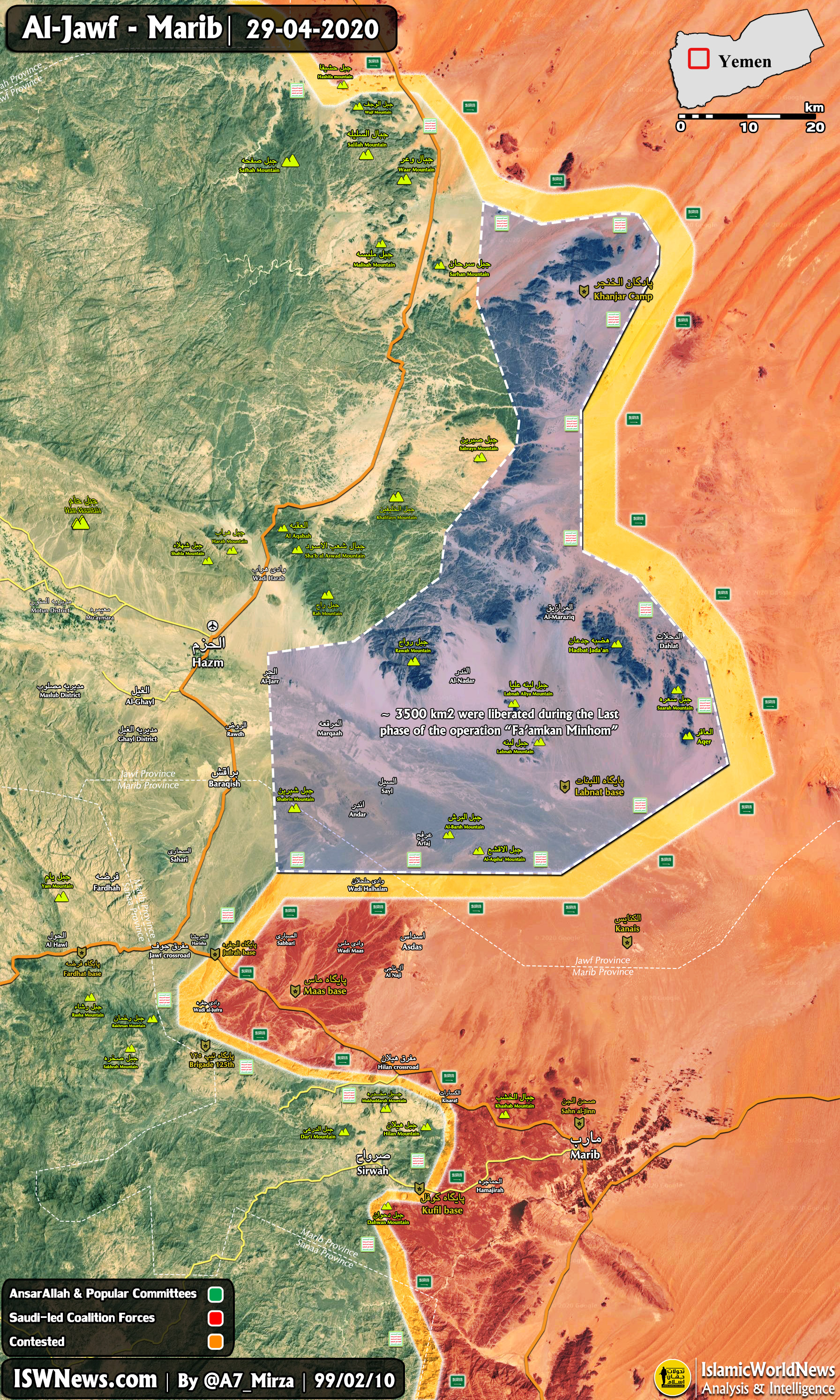 During the Last phase of the operation “Fa’amkan Minhom”, near 3500 km2 were liberated in the southwest of al-Jawf province.

General al-Sari’ said:
– We announce the end of Fa’amkan Minhom operation, in which 95% of al Jawf province was liberated.
– In the last stage of the operation al-Labanat base, Aqsha’, Khasaf, Maraziq and Mahashima liberated.
– 1,200 traitors were killed in this operation.
– 3,500 km2 of area of al-Hazm desert and some areas in districts Khab and Shaaf liberated.
– The importance of al-Jawf desert was the establishment of ISIS and al Qaeda under support of USA, Saudi Arabia and UAE.
– Labanat base was the last stronghold of traitors in al Jawf and the gate to Marib province.
– Enemy forces launched heavy attacks numerous times which were repelled by the army and people’s immobilization.
– We have strategic options which makes the enemy to regret from the war and consequences are due to them.
– Enemy warbirds launched more than 256 airstrikes in al Jawf from end of March to first of April.