What is the Nature of the Declaration of Autonomy by the STC? 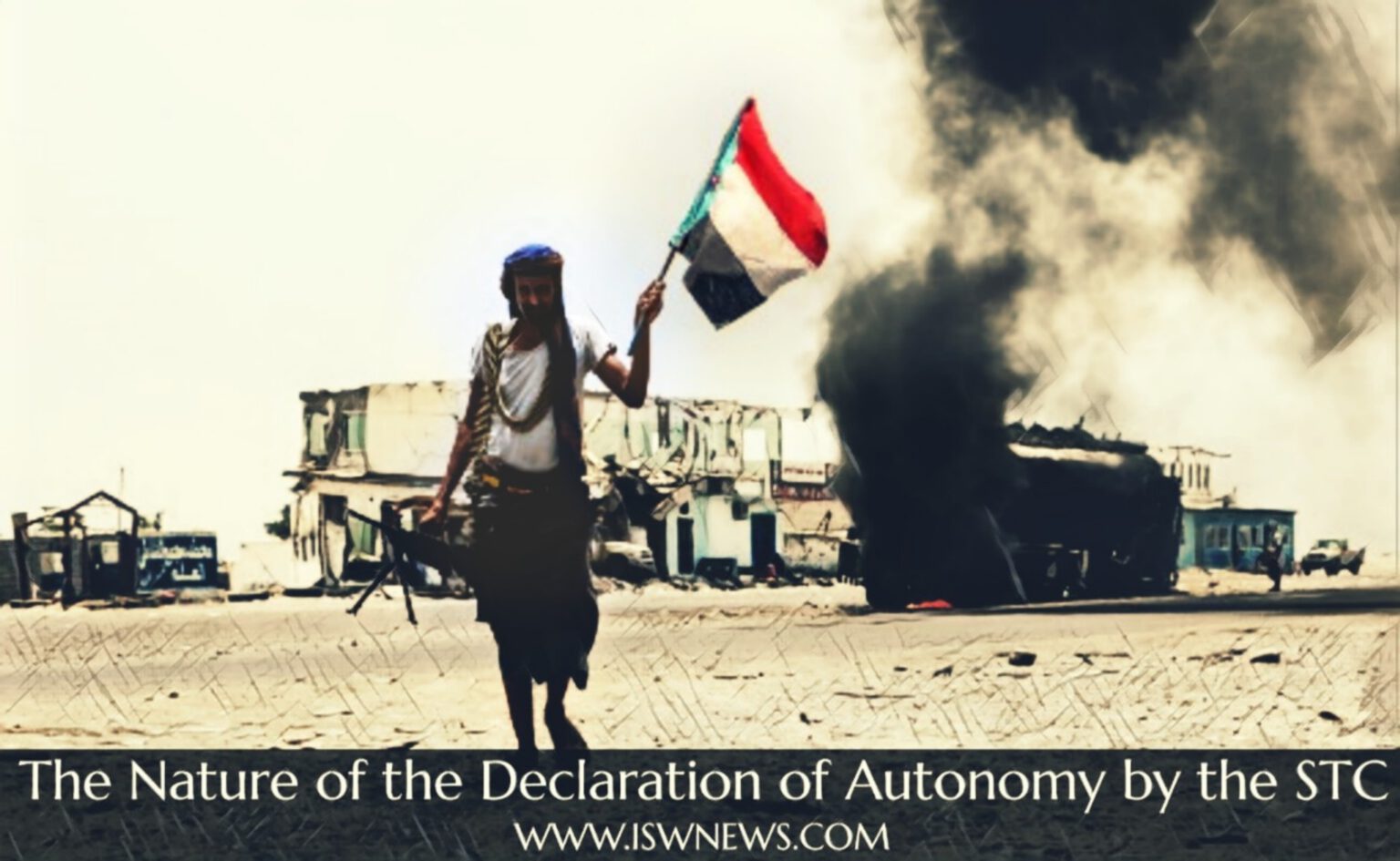 The announcement of autonomy by Southern Transitional Council (STC) is rooted in English plans which is being supported by United Arab Emirates recently. After Aidarus al-Zoubaidi’s a visit to Abu Dhabi the Southern Transitional Council in along with internal conflicts of Yemen continued opposing to Mansour Hadi government, and despite the agreement in Riyadh, they […]

The announcement of autonomy by Southern Transitional Council (STC) is rooted in English plans which is being supported by United Arab Emirates recently.

After Aidarus al-Zoubaidi’s a visit to Abu Dhabi the Southern Transitional Council in along with internal conflicts of Yemen continued opposing to Mansour Hadi government, and despite the agreement in Riyadh, they announced autonomy in southern Yemen.
The conflict of these two Yemeni sides has led to a chaos in the structure of Saudi-led coalition which proves to the deceived people of Yemen both in South and North, that they don’t have the competence to govern the country.

This can be examined in several ways:

1. The view of the UAE and the Southern Transitional Council towards Yemen:
The UAE after evacuating of most of its forces from Yemen and stabilization its control on the strategic points that are under its influence, by two groups of the Southerners and survivors of Ali Abdullah Saleh (presidential guard), follows still the plan of Yemen disintegration.
Most of the southern leaders are also following their own interests, and ruling on the whole of Yemen is out of their ability. In fact, the Southerners always have tried for attracting the Saudis attention, but the Saudis are distrustful to them, because of their complete dependence to UAE and pursuation of their aims named re-establishment of the southern Yemen.
And the persons like Tareq Saleh that is one of the Ali Abdullah Saleh survivors, are far from the political square and no side count their political power.

2. Ansar Allah reaction:
According to previous stances, in reaction to the Southern Transitional Council decision, Ansar Allah has again opposed the disintegration plan, and has tried for attracting the Saudi coalition and former government members attention for making peace.
It seems that Ansar Allah is ready to stop the operation against Marib, for confronting with disintegration plan. Because that Mansour Hadi forces can’t have military conflict in several fronts and the southerns powering equals increasing the likelihood of Yemen disintegration announcement.

3. What is the Saudi coalition stance?
The Saudis have a multifaced stance in dealing with the Southerners, and the main reason of this weakness isn’t clear yet. They need the southerners for continuing the war with Ansar Allah from one hand, and from other hand they can’t respond positively to avarice of southerners.
The Saudis have put Muslim Brotherhood groups in their terroristic list because of confrontation with Qatar. But have separated the Islah Party from this sphere, and this has became an excuse for southerns to oppose with Mansour Hadi’s former government and negotiate with Saudis.


In general, the Southern Transitional Council actions from the war with Ansar Allah to the autonomy declaration and even the south of Yemen disintegration plan will be not successful. Because the military, political and recently social power in Yemen, is in Ansar Allah interest and the southerners that before have received Ansar Allah heavy blows, haven’t the ability and willing for individual confronting with them.
Therefore, it can be said that these actions of the southerns are more because of scoring from the coalition and former government, and disintegration of south of Yemen isn’t possible without the foreign powers supports.