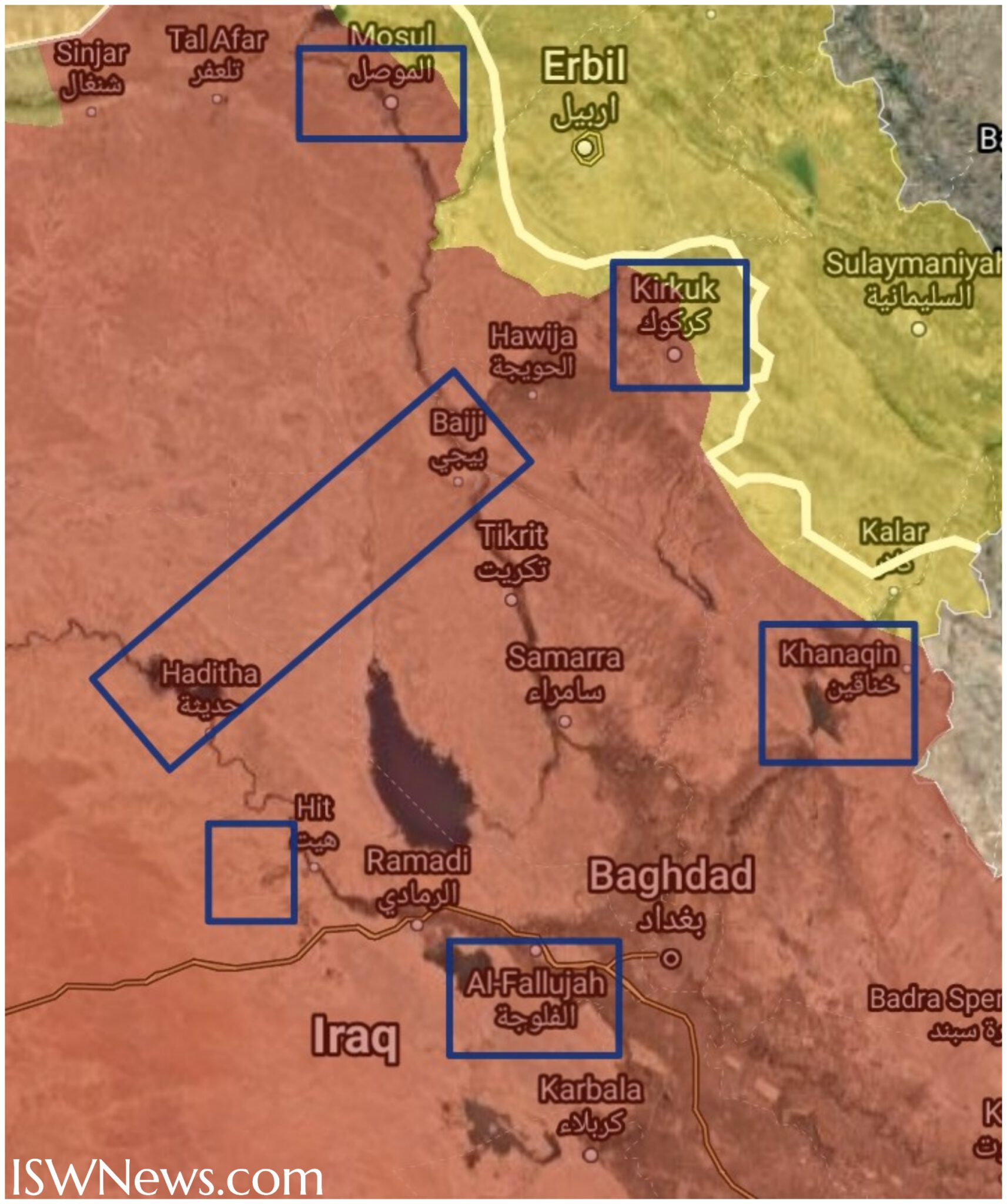 ISWNews Analysis Group: Clashes between ISIS and Iraqi forces continue in the northern and western regions of this country.

1. Al-Anbar:
– Iraqi forces repelled and neutralized the ISIS attack in the Siniyah-Hadithah road.
– Due to the explosion of a bomb in Salijiah region, west of Hit town, an army military vehicle was destroyed. According to sources, 2 personnel have been killed by the attack.
– During Iraqi police raid on gathering of the ISIS members in the south of Fallujah, 3 were killed and 5 others wounded.
– The launch of a security operation by the Hashd al-Shaabi and the Iraqi army along the Euphrates river in west of al-Qaem.

2. Salah al-Din:
During the clashes between Iraqi forces and ISIS in the Biji-Hadithah road, 2 Iraqi forces were martyred and 3 others wounded.

3. Diyala:
– During mine explosion in Makhyas village in the suburb of Khanaqin city, 2 Hasd al-Shaabi forces were martyred.
– Agricultural lands (wheat) were burned by unknown persons in Jalula.
– During ISIS attack on civilians in Jalula, 4 people have been wounded.

4. Nineveh:
ISIS members burned the agricultural lands in Ayn al-Bat in al-Qiyarah, in south of Mosul.

5. Kirkuk:
– Clashes between Iraqi forces and ISIS in the Daquq city. During these clashes, one of the Iraqi forces was wounded and ISIS members succeeded to escape from the battlefield.
– The Iraqi forces started the searching and clearing operation in the southwest of al-Dibs.