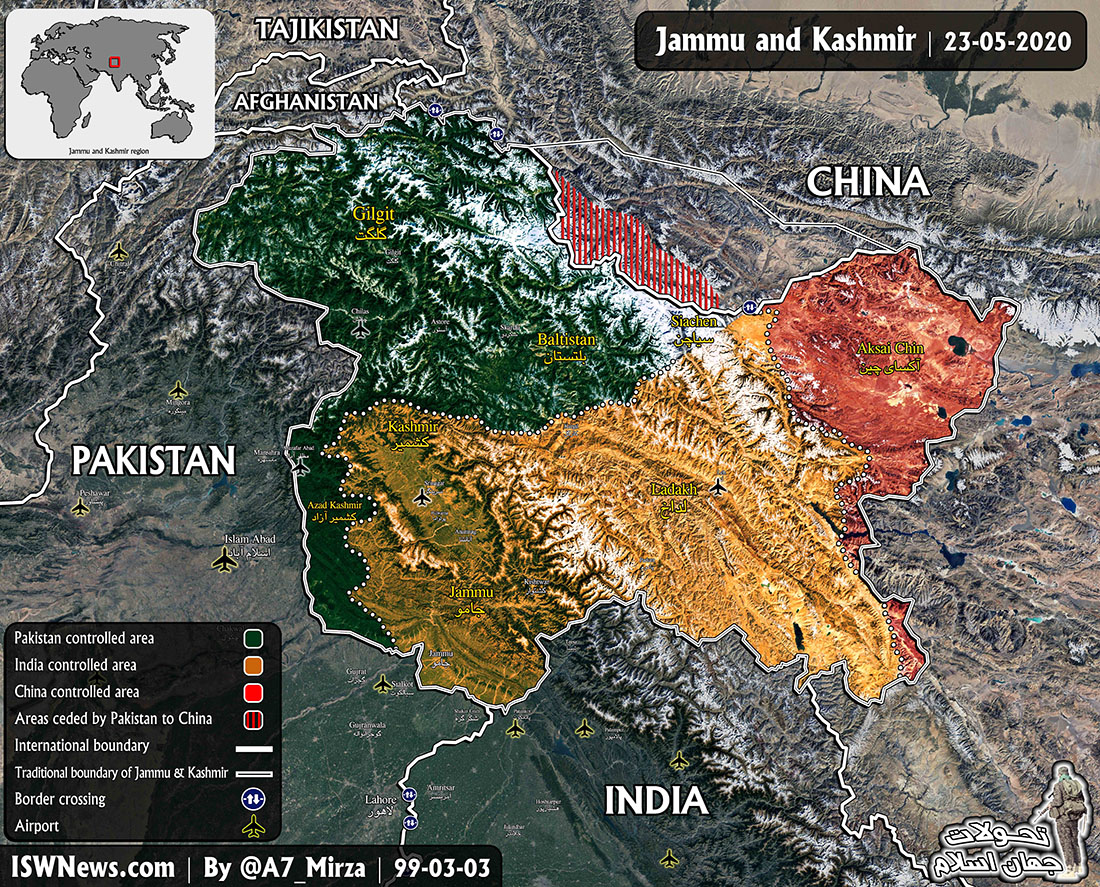 The latest news of clashes between Indian Army and Kashmiri rebels

1. In Kashmiri rebels attack in Ganderbal region in north of Srinagar, 2 Indian border guards were killed.
The Kashmiri Resistance front has claimed responsibility of this attack.

2. The Indian soldiers arrested six people in the Lulab village, in north of Kashmir.

3. During the attacks of Kashmiri Resistance front in the Pulwama region, one Indian policeman was killed and two others were wounded.
During Indian security forces attack on Karim Abad village in the suburb of Pulwama, 9 people have been wounded.

4. Indian Army fighter jets over the Kashmir.
These flights are for finding the Kashmiri rebels gatherings and bombardment of their positions.

5. The Indian Army forces started an operation for searching and clearing the Radwani Bala region, in south of Kashmir.

7. The Indian Army claimed that have arrested 2 Mujahedin party members in the Taral and Awanti Poura regions, located in southeast of Srinagar.