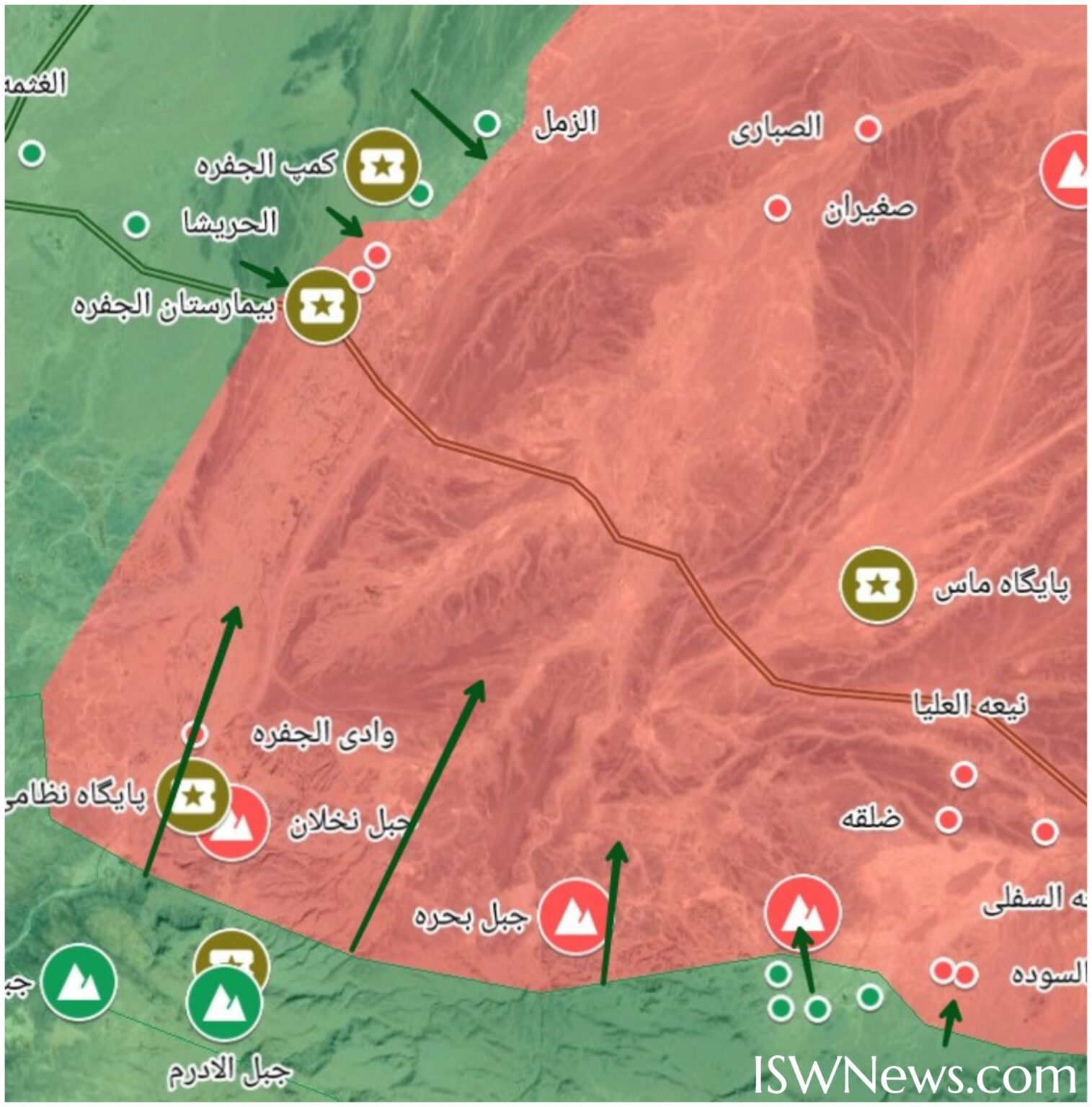 Clashes are now continuing in the suburb of the Sanaa-Marib road, and according to pro-Saudi coalition sources, Ansar Allah has blocked this road.
Therefore, the al-Jufra region and its hospital are in a quasi-siege situation and there is a likelihood for imminent liberation of these regions.

Also, the released reports about the liberation of al-Salil, al-Sawda and Jabal Manama can not be confirmed by IWN, so far.