Yemen: Latest Updates on the Western Front of Marib, 7 July 2020 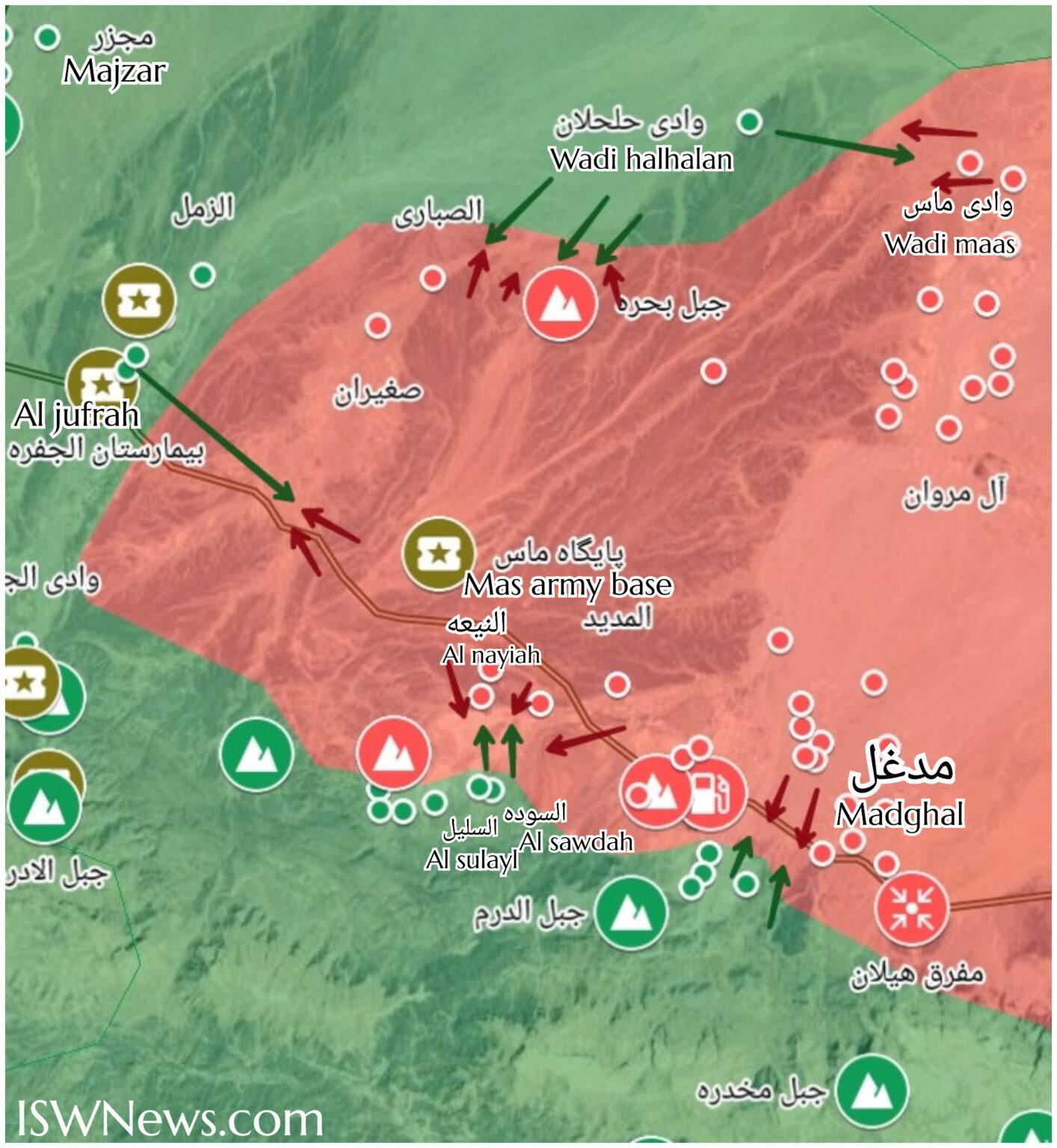 ISWNews Analysis Group: A new round of Ansar Allah’s heavy attacks on the Saudi-led coalition positions at the west of Marib has begun.

According to our sources on the ground, Ansar Allah and popular committees has so far managed to liberate Wadi Halhalan in the north of Mas base in Majzar district and Al-Sulail and Al-Sudah areas in the south of Sana’a-Marib road in Madghal district.

The news that Ansar Allah cut off the road is not true, however the axis of Ansar Allah’s attacks is focused on the Mas base, Wadi Mas, Al-Naiya and Manama mountain.

Saudi-led coalition warplanes have bombed the fronts more than 40 times so far, and on the other hand Ansar Allah in response to coalition strikes have targeted the Sahn al-Jinn base, Tadawin camp and the coalition’s positions in al-Naiya with several missiles.