Jaish al Islam militants will evacuate Al-Dhumayr , located on the outskirts of Damascus. 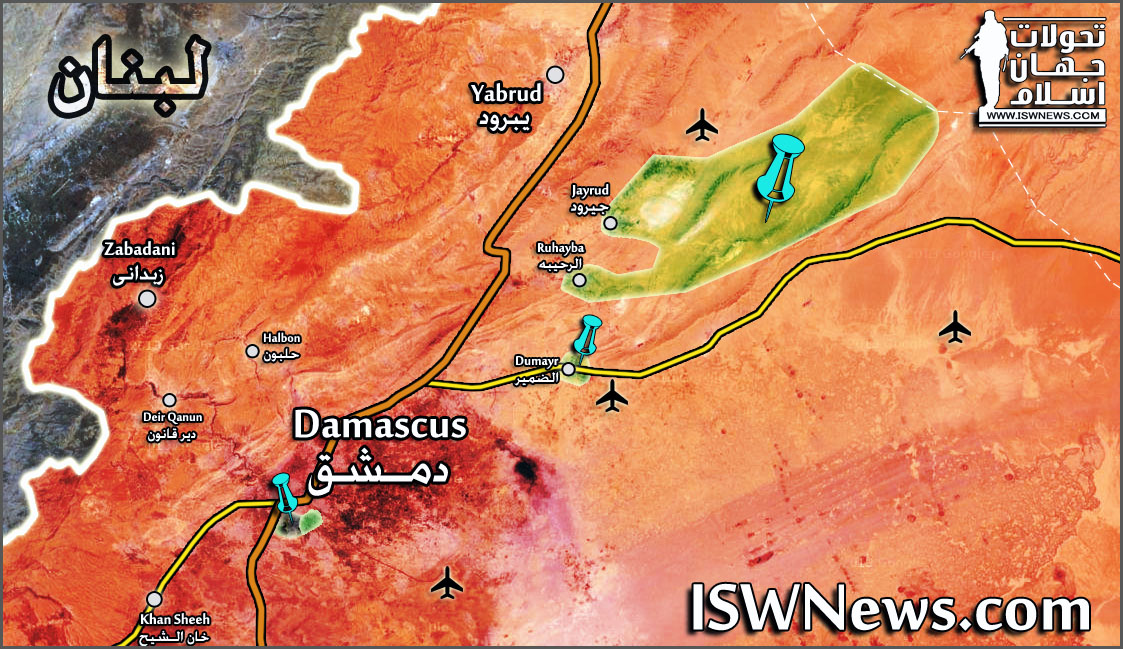 The Eastern Ghouta of Damascus after years of occupation by insurgents groups was eventually liberated on Apr 14, 2018 after the evacuation of the last remnants of jaish al Isalm militants from Douma area, and security returned to Damascus.

As we said before, with liberation of Eastern Ghoutah, reconciliations extended to other areas such as Eastern Qalamoun, Dhumayr and south of Damascus pocket.

Negotiation in all of this areas continue and now after defeat of Jaish al Islam in Douma, Dhumayr militants accepted the government reconciliation offer.

According to agreement, from yesterday militants in Dumayr started to handover Heavy & Medium weapons to government forces.

Also 60 gunmen handed over their weapons to the Syrian army.

About 1,000 gunmen are said to be in al-Dumayr and their evacuation to Jarablus in the north of Aleppo province will begin tomorrow.