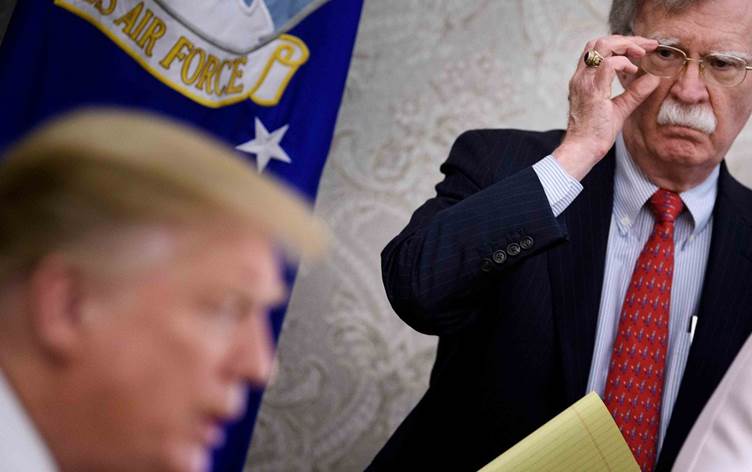 ISWNews Analysis Group: John Bolton, the former US national security adviser and one of the US foreign policy theorists, made important remarks in an interview with the Rudaw network about US future plans for the West Asian region.

The summary of John Bolton’s remarks is so:
– US policy and behavior toward the Kurds is not different from European policy and has not been active enough. The Kurds have tried many times for forming their country and they have returned back, each time.
– I have reached to this conclusion that the division of Iraq is useful, and the US should at least recognize the state of “Iraqi Kurdistan. But the more difficult issue is related to the Kurds of other countries in the region, and I think the US should deal with this issue strategically; because its result may be very important and positive.
– The government officials in the US foreign ministry did not accept the division of Iraq at that time, or did not want to admit this fact that Iraq is practically divided. Some people still hope that Iraq will not be divided. But the government that was formed in Iraq after the world war II and was ended with the fall of Saddam, will no be formed ever in Iraq and there is no guarantee for this issue.
– The best solution for northeast of Syria is the returning of coalition forces and the expulsion of the Russians, the Syrian army and Iran-affilliated groups from this region, so that stability and security will be provided for the Syrian Kurds, and by these supports, they can enter into serious negotiations with the Damascus government. The Syrian Kurds are now too weak for negotiating with Bashar al-Assad. They must prepare themselves for the coming US presidential election.
– If Joe Biden wins the coming election, the US coalition forces will return to northeast of Syria.Trump has little chance for winning, but I do not say definitely that he will lose.
– The US government should take steps for changing the Iranian government and to define this issue as its main aim in Iran. Destroying the IRGC is one of the ways for overthrowing in Iran and is the base for chaos in Iran.

So as is clear from the above comments, the remarks of John Bolton indicate the US future plans for division of Iraq, complicating the situation even more in northeast of Syria in benefits of US, direct attacks on the IRGC, and making chaos and regime change in Iran.

Share it:
Iraq Iraq News John Bolton US in Iraq