Opinion: An overview of Caucasians recruitment 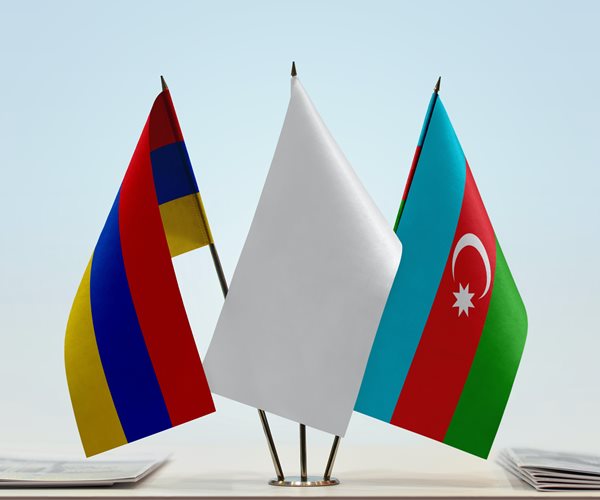 After a few weeks since the border tensions between the Republics of Azerbaijan and Armenia at the border of Touz-Tavoush and the cooling of the inflamed atmosphere in both countries, the officials of the two ruling parties in Yerevan and Baku are planning a program for the coming months by strengthening the foreign relations while the meaningful silence of the Islamic Republic of Iran is significant in its kind.

After the independence of the Republics of Azerbaijan and Armenia in the early years of 1990s, the former tensions between the two countries took an international aspect, and with entering of foreign countries into the diplomatic field for resolving the disputes between Baku and Yerevan, there were conflict in interests between the three main players in the Caucasus, Iran, Turkey and Russia; of course smaller footprints of Saudi Arabia, the Zionist regime and the US can be seen in the events of that time.
The process of interaction between the different political groups in the Karabakh crisis, that also had a direct impact on the formation of political structure in the two countries, finally weakened the position of both countries of Iran and Turkey in the policy of Caucasus and led to the strengthening of Russia’s role.

In recent weeks, the news about joint maneuvers between the Armenian and Russian forces and between the forces of Republic of Azerbaijan and Turkey, caused mixed reactions in Iranian media and this article tries to provide a comprehensive analysis based on the political situation of both countries of the Republic of Azerbaijan and Armenia.
Although the Azerbaijani nationalists have always considered Russia as an absolute supporter of Armenia and have considered Moscow an enemy, but Moscow officials have shown in recent years that they are not reluctant for expanding their relations with Baku.

It should be acknowledged that the Republic of Azerbaijan, in addition to having more population and trade exchange than its western neighbor, has many potentials including influencing on and impacting from Russian Muslims, and this country is still economically dependent on Moscow in the post-independence era.
Therefore, this remarks of the former president of Azerbaijan “Ayaz Matlabov” that the solution for solving the Karabakh conflict is improving relations with Russia, can be considered partly correct; but it should be admitted that the dust of fear of Russia remains still on the body of Azerbaijani society.

The news about holding of a joint drill between the Armenian and Russian forces in the political atmosphere of the Republic of Azerbaijan, spread this fear among the people once again; but after a few days, it became clear that the Russians were reluctant for holding the drill and in fact the news were a media bluff.

But what surprised the media, was the publication of real images of a joint military exercise between the Azerbaijani and Turkish forces in the Nakhchivan Autonomous Republic; because the positive signal of Moscow to Baku was answered with a disappointing response.
In general, the foreign policy of the Republic of Azerbaijan during the recent three decades has been based on maintaining relations with all of neighbors; because Baku officials know well that stabilizing their country’s position is only possible by maintaining a balance between the foreign powers including Russia, US, Turkey, Iran and the Zionist regime; and if any of political actors be strengthened, it leads to a sharp reaction by others.
Holding the joint drill with Turkey can be considered with the aim of increasing power of Ankara, but it should not be forgotten that in recent weeks, Aliev has confronted with those internal opponent parties that are often supported by Turkey or are pro-Turkey. Therefore, it seems that this drill has been done for reassuring Ankara, so that Turkey does not to support Azerbaijani opposition parties.

It is noteworthy that the Karabakh conflict, although is considered as the most important dispute-point between the two republics of Armenia and Azerbaijan; but in comparison to more important regions such as Syria, Iraq and Libya that are the center of conflict of interest between Russia, Turkey and Iran, is not so important; therefore, these recruitments cannot be considered too serious, but we may soon see making positioning in favor of Russia in Baku.