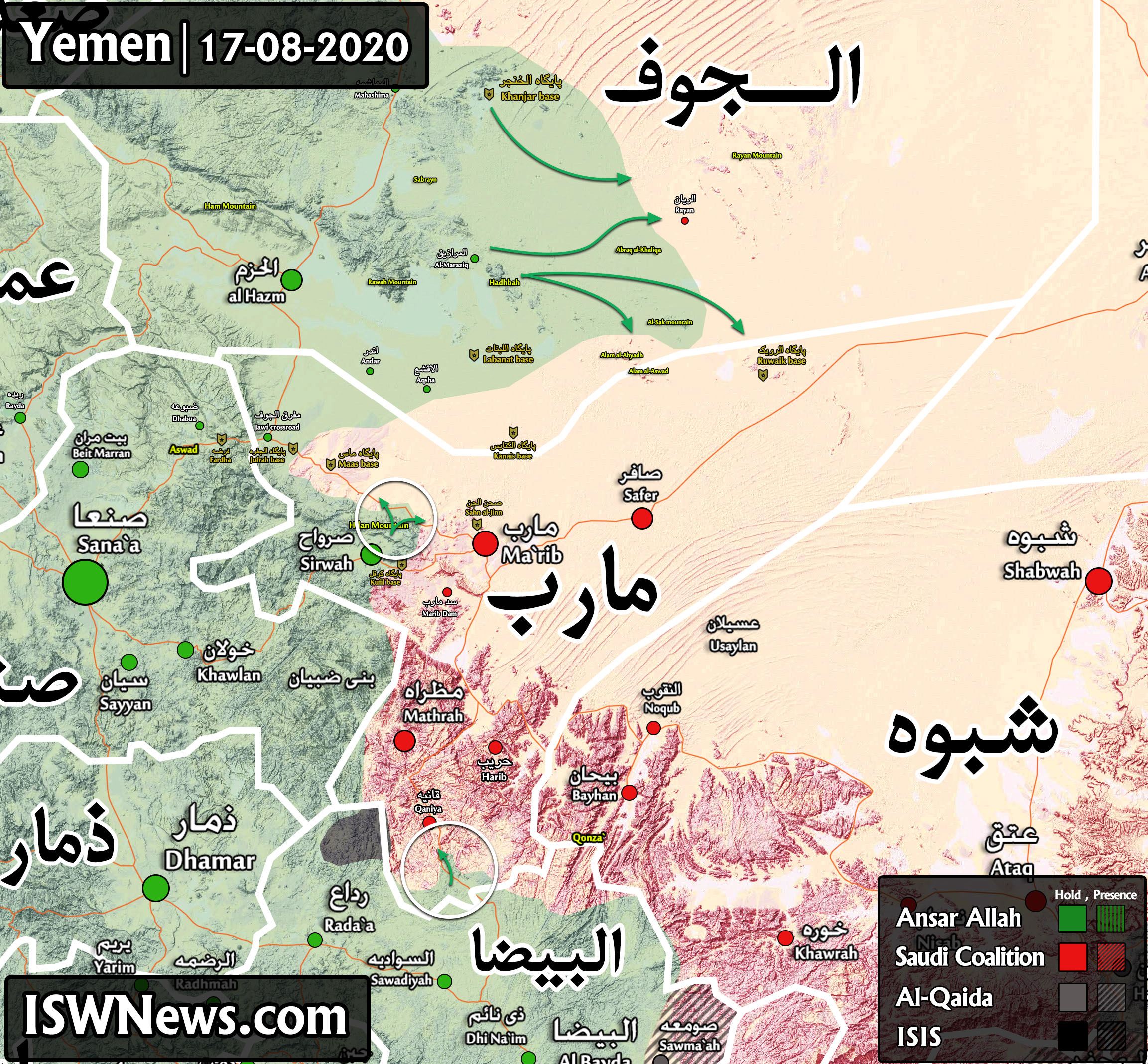 ISWNews Analysis Group: Ansar Allah continues its operations against the Saudi-led coalition forces and the terrorist groups of Al-Qaeda and ISIS on the three fronts of Al-Maheliyah, Al-Ruwik, and Madgahl, and Ansar Allah has also succeeded in liberating and stabilizing new areas on these fronts in recent days.

Maheliyah front:
– According to the latest news from Ansar Allah operation in Al-Maheliyah district, which is located in the south of Marib province, the villages of Al-Qarzi, Al-Hir, Habla and Al-Farsh have been liberated from the control of the Saudi-led coalition and clashes continue in Al-Ghadirin and Al-Samara.
– On the northwestern front of al-Baydha, ISIS and al-Qaeda continue to resist in their last positions on the border between the heights of Al-Maheliyah district and the Walid Rabi’ district, and Ansar Allah has also succeeded in liberating the areas of Hama al-Laqah, Hama al-Awaja and Hama al-Balghayth in recent advances.

Ruwaik front:
After a few days, Ansar Allah continued its attacks on Al-Alam Al-Abyadh and Al-Rawik mountain and consolidated control over Al-Sak mountain.
Al-Kanayis and Al-Ruwik bases are the defensive line of the Saudi coalition in the north of Marib, and if this line is broken, Ansar Allah will reach the north of Marib with a short move and the siege of Marib will become much tighter.

Madghal front:
In this front, Ansar Allah had succeeded in advancing in the east of Madghal village in the previous days, but after a few days, it became clear that this attack is not temporary and Ansar Allah’s control over the areas of Al-Kasarat, Al-Sahil and Hilan crossroad has been fixed. Currently, clashes continue in the south and east of the center of Madghal district.

Also during these battles and during the last 48 hours, the Saudi-led coalition warplanes have targeted Sarwah district more than 16 times, Majzar 7 times, Al-Maheliyah 5 times and of Khab and Al-Shaaf 2 times.