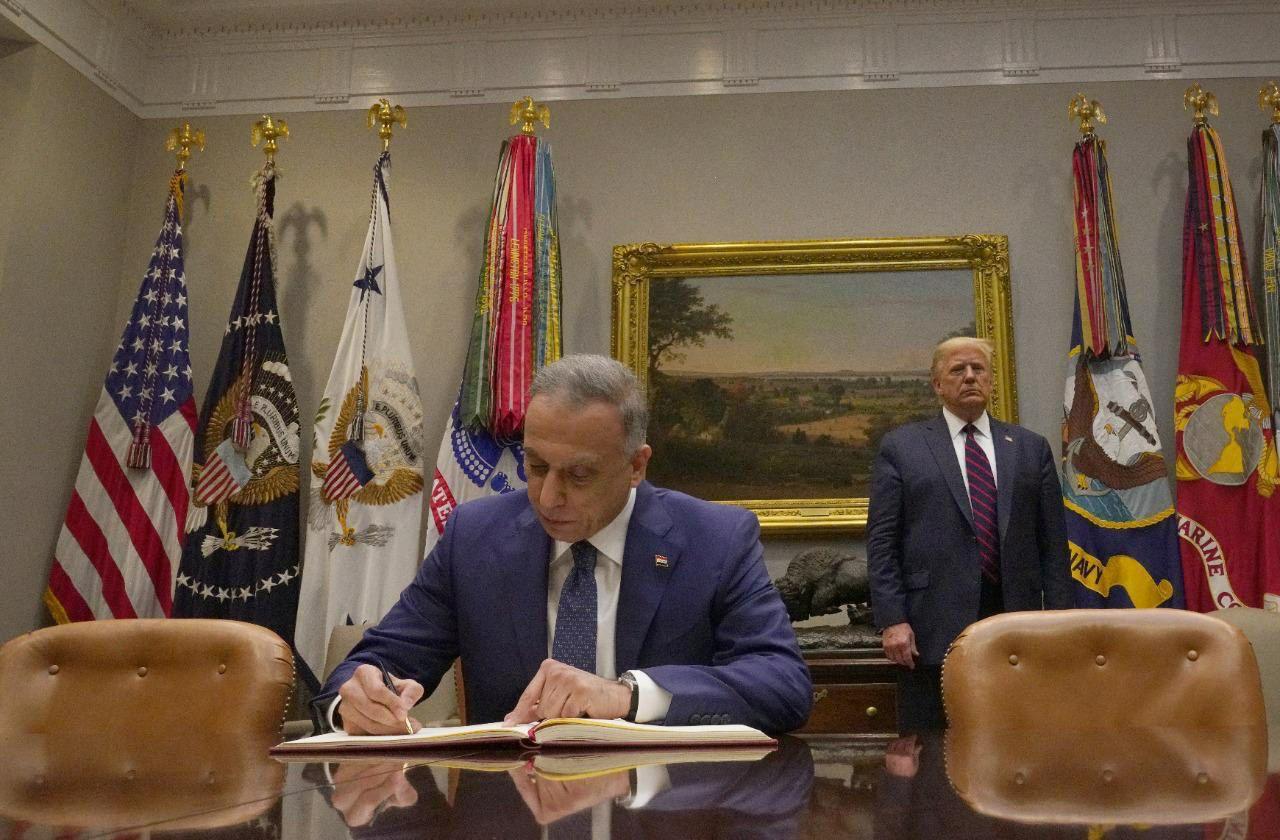 – Extension of the Iraqi Prime Minister’s visit to the United States.
The extension was requested by some members of the US Congress.
Mr Al Kadhimi arrived in the US capital on Wednesday and was scheduled to meet President Donald Trump on Thursday to discuss security, economic and cultural ties between Washington and Baghdad.
Five US companies, including Chevron, have signed $ 8 billion energy deals with the Iraqi government.

– The downing of several Turkish military reconnaissance drones in the “Shiladze” area in the northern Iraqi province of Dohuk. Local sources put the number of drones at five.

– Execution of clearing operations in parts of al-Tharthar area and surrounding areas in Anbar province by Hashad al-Shaabi and the Iraqi army.

– The martyrdom of two members of Hashad al-Shaabi (PMU) forces in the north of Babil province due to a roadside bomb explosion.

– ISIS attacked the shrine of Ibrahim bin Malik in Salah al-Din province. The attack was repelled it by PMU forces and the Iraqi army.

– An explosion occurred in the city of Al-Dujail in southern Samarra, killing and injuring several people.

– Protests and demonstrations on the Zakho International Road near the Ibrahim Khalil border crossing to prevent Turkish troops from entering Iraqi territory.
The protests closed the road. With the arrival of the security forces of the Kurdistan Region affiliated to Barzani’s party, leads to shooting and violence.

– Assassination of a civil activist named “Roham Yaqub” along with three other people in Basra.
This is the first time a “woman” has been assassinated by unknown individuals in Basra. Rumors about Roham Yaqub caused a lot of sensitivities and speculations in Iraq. While al-Kadhimi is in his visit to the United States, he ousted Basra police chief and several other security officials from the United States.

– Joint statement by al-Kadhimi and Trump: “Together, the United States-led Global Coalition to Defeat ISIS and the Iraqi Security Forces destroyed the ISIS physical caliphate, and we continue to work in close coordination to ensure that ISIS is rendered incapable of posing a threat to Iraq and every other nation. We reaffirm our commitment to long-term security cooperation to build Iraq’s military capability and address threats to our shared interests.”

– Attack on the logistical convoy of US terrorists near Baghdad with a roadside bomb.

– Demonstrations in Basra and the burning of the Iraqi parliament office in the city.

– According to some Iraqi sources, next week the King of Jordan, the President of Egypt and the Prime Minister of Iraq will hold a meeting in the Jordanian capital on regional developments.