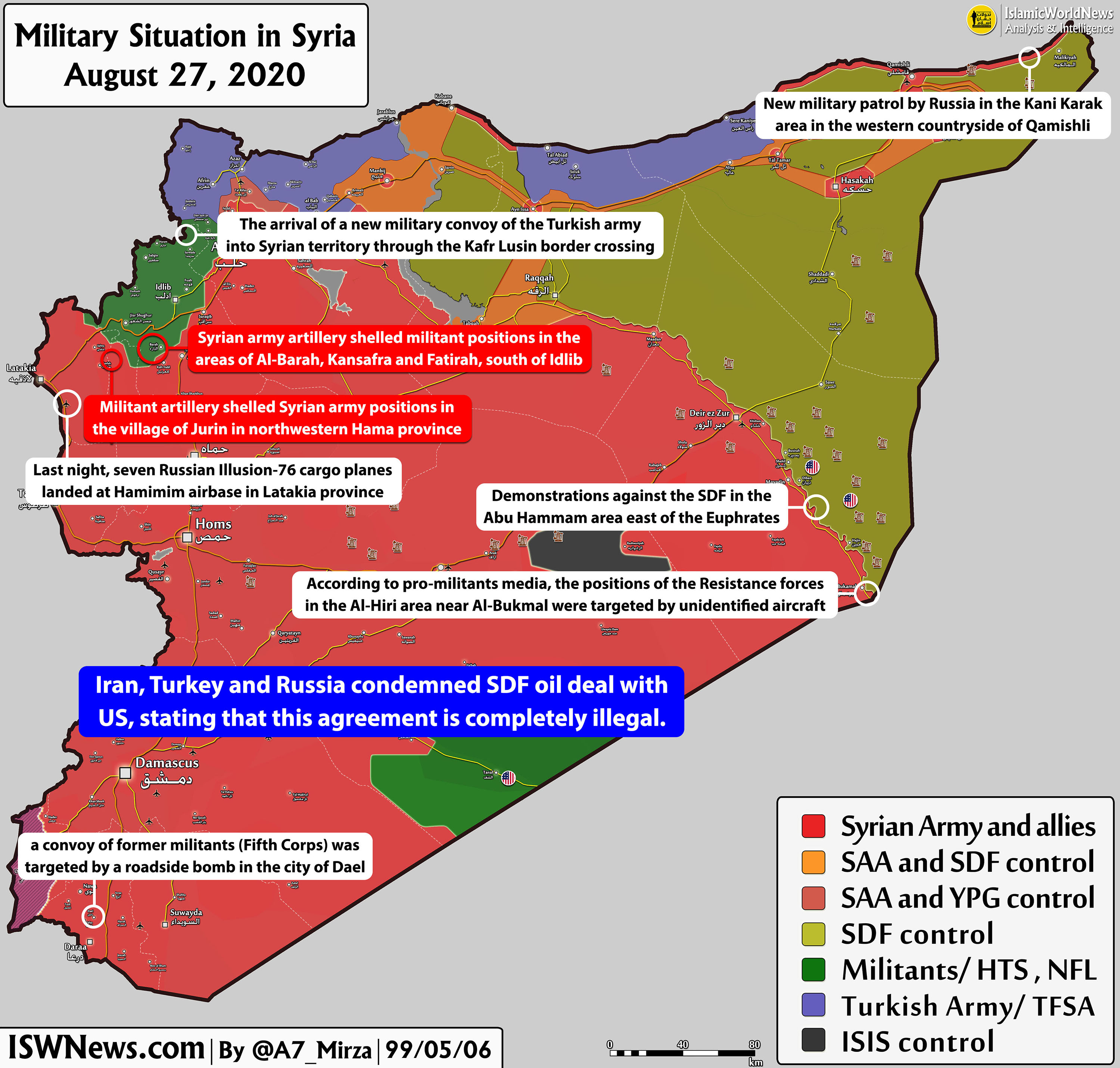 – Iran, Turkey and Russia condemned SDF oil deal with US
Iran, Turkey and Russia issued a joint statement on the sidelines of the third meeting of the Syrian Committee in Geneva, emphasizing the preservation of Syria’s sovereignty, independence and territorial integrity, and protesting the SDF’s new oil contract with the United States, stating that this agreement is completely illegal.

– Continuous series of terrorist operations in southern Syria and Daraa province
In the past 24 hours, a convoy of former militants (Fifth Corps) was targeted by a roadside bomb in the city of Dael. Also, three former members of the militia who joined the Syrian army after the reconciliation were killed by unknown individuals. The 6-year-old child of one of these people was also killed.