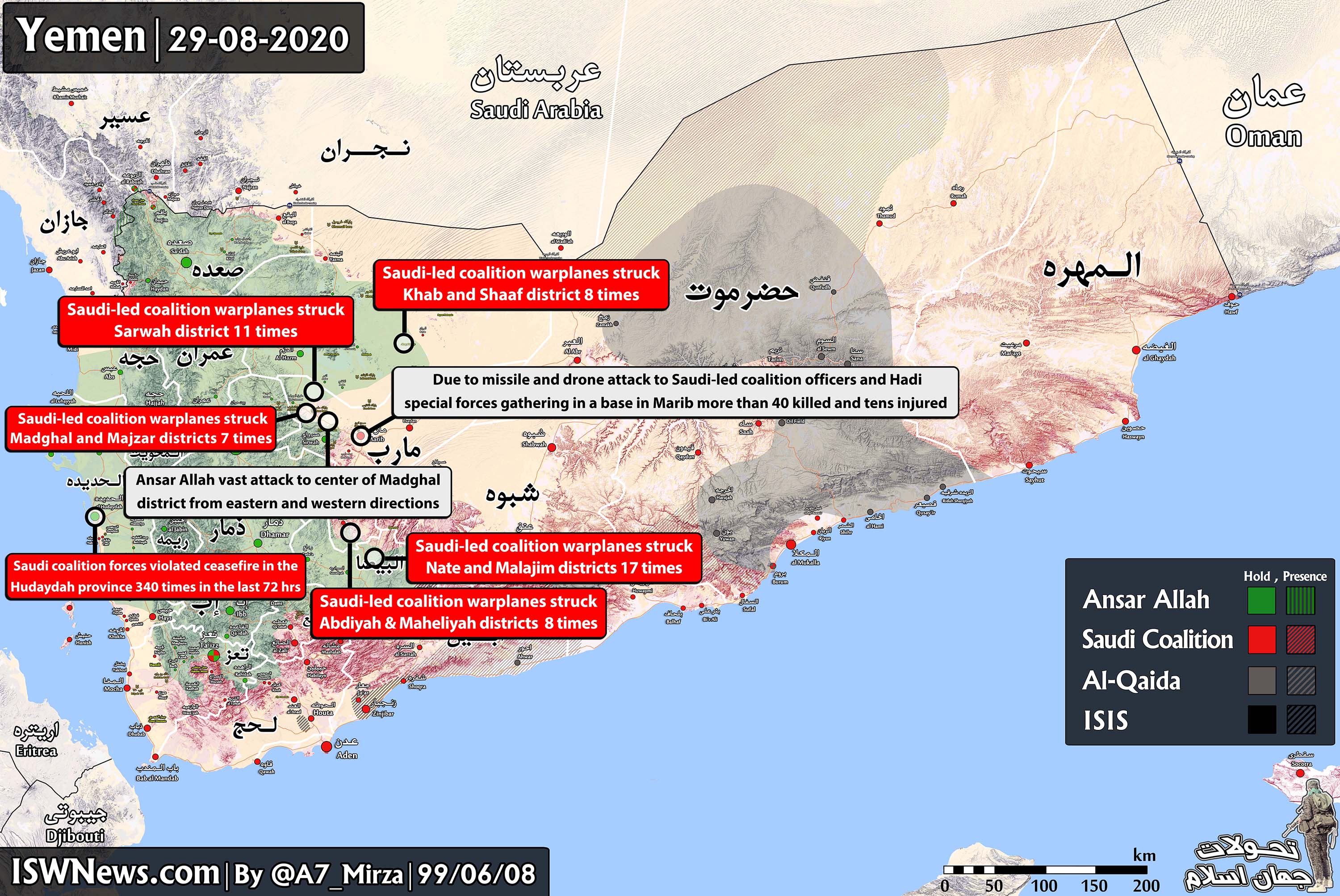 1. Marib and Al Jawf:
– Due to missile and drone attack to Saudi-led coalition officers and Mansour Hadi special forces gathering in a base in Marib more than 40 killed and tens injured.
According to pro-Saudi coalition media the attack was with one missile and two drones.
– Ansar Allah vast attack to center of Madghal district from eastern and western directions. The news of liberation of Madghal district is not correct, clashes continues.
– Ansar Allah attack to areas Alam al-Abyadh and al-Rayan.

3. Al-Hudaydah:
Saudi coalition violated ceasefire in the province 340 times in the last 72 hrs.

4. Abdulqader Murtadha, head of Yemeni rescue administration POW exchange committee:
In the POW exchange process with mediation of elders and tribes, 20 of the army and people’s immobilization forces released.

6. Baydha:
Al Qaeda terrorist group killed 6 civilians on the charge of having relations with Ansar Allah.