Latest Updates on Yemen 25 April 2018; Declaration of Southerners’ Movement due to Martyrdom of Saleh al-Samad and Protest of Guns 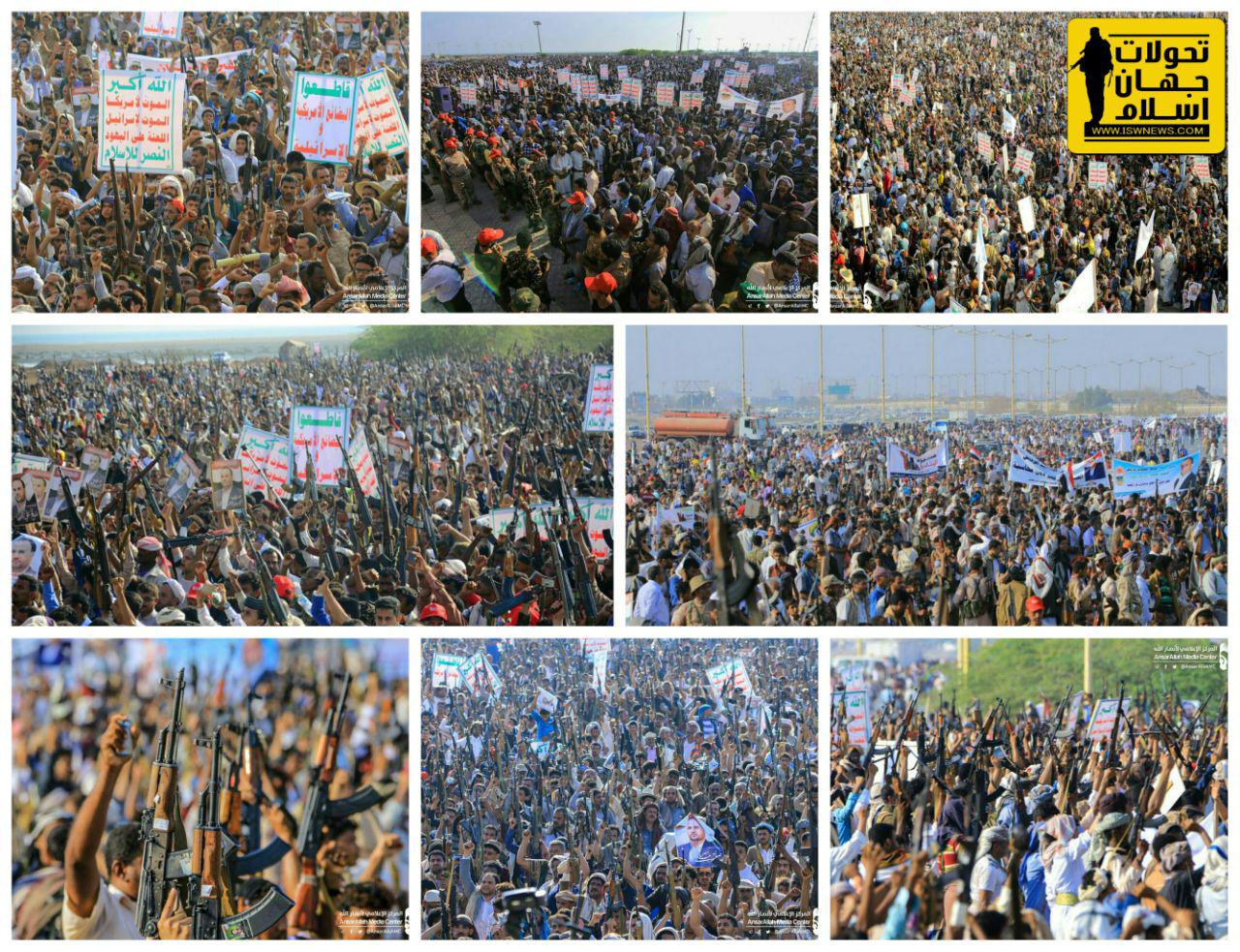 Big gathering of people in al-Hudaydah ; Mahdi al-Mashat selected as a president of the Supreme Political Council

1- Big gathering of people in al-Hudaydah as “protest of guns” by invitation of martyr Saleh al-Samad and leader of AnsarAllah “Sayyed Abdulmalik al-Houthi”.

(Saleh al-Samad demanded people of al-Hudaydah to participate in protest of guns to show their preparation in defending against Saudi Alliance before his martyrdom.)

Above images showing the protest.

2- Protest of people in Zamar and Bayda due to invitation of martyr al-Samad and leader of AnsarAllah.

3- Operation of the Army troop and people’s forces in mount Ghorayb in suburb of Karash (Lahij governorate). During this operation, al Radfani a commander of forces supported by UAE killed.

4- Sheikh Sultan al Same`i a member of Supreme Political Council said: “Mahdi al-Mashat is selected as chairman with voting and consent of members”.

Before al-Mashat, Sadeq Amin Abu Raas another member of the Council was elected that he did not accept it. He declines it due to his disability from the explosion in Mosque al Nahdayn in June 2011 but mentions to help al-Mashat and support him. (al-Alam)