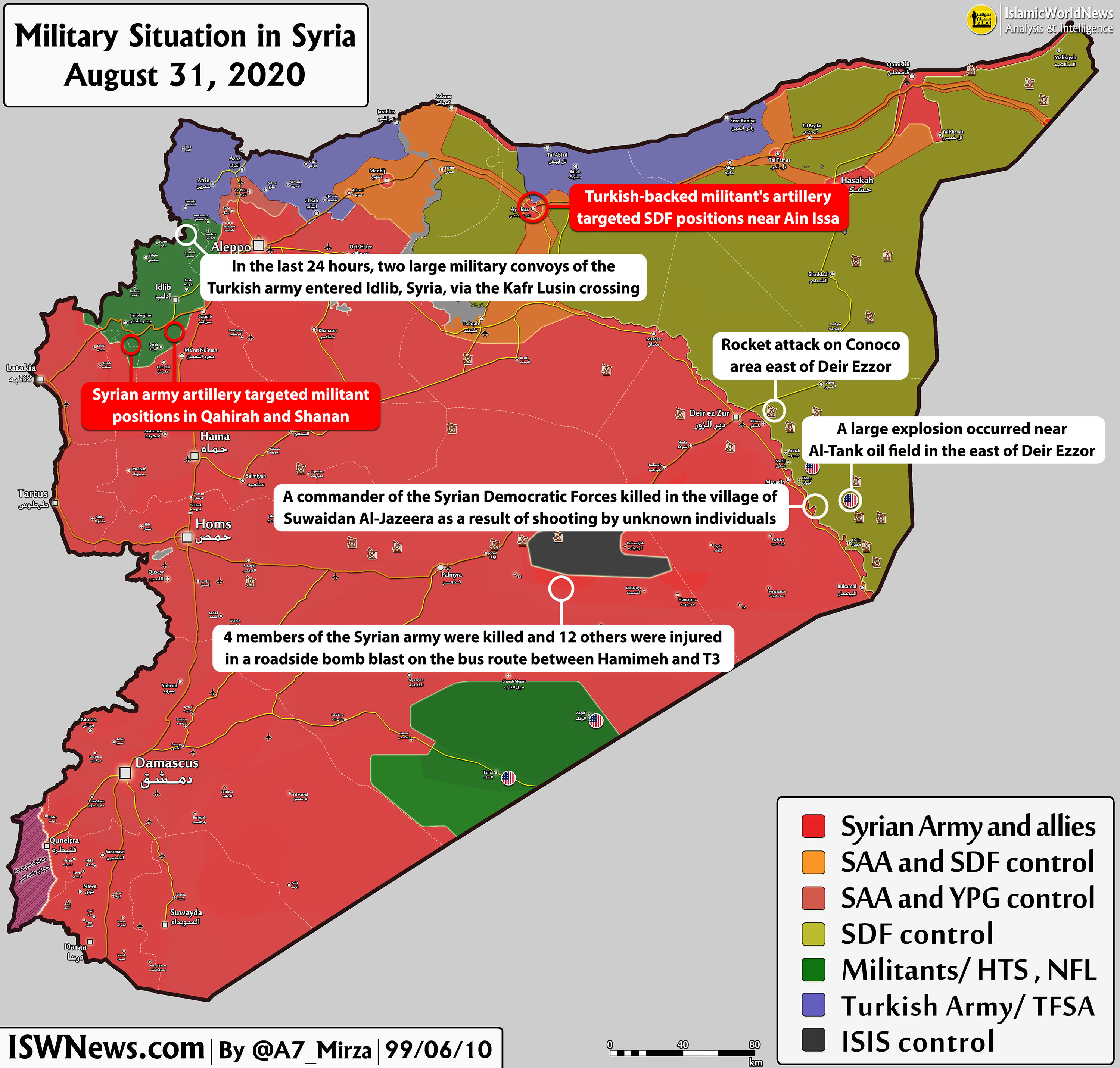 – 4 members of the Syrian army were killed and 12 others were injured in a roadside bomb blast on the bus route between Hamimeh and T3.

– Two members of the Syrian Democratic Forces were killed in a roadside bomb blast near the village of Al-Ashitah.

– In the last 24 hours, two large military convoys of the Turkish army entered Idlib, Syria, via the Kafr Lusin crossing.

– A commander of the Syrian Democratic Forces killed in the village of Suwaidan Al-Jazeera as a result of shooting by unknown individuals.

– According to local sources in the city of Afrin, after two months of preparation, Turkey has begun sending dozens of Syrian mercenaries from the cities of Afrin and Azaz to Azerbaijan.
It has also been reported in recent days that a number of forces of the Syrian group known as the “Samarkand Brigade” have entered Azerbaijan.

– A large explosion occurred near Al-Tank oil field in the east of Deir Ezzor.

– Rocket attack on Conoco area east of Deir Ezzor. According to pro-rebel sources, US coalition fired a number of missiles towards the sites of the SAA in Khasham in response to firing on the Conoco area.