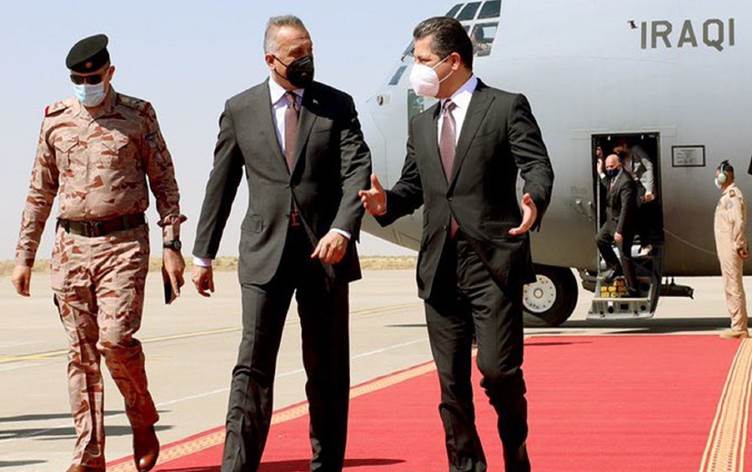 – Security operation in west of Tuz Khurmatu by Hashad Sha’abi and security forces of Iraq.

– American terrorist soldiers number decreased from 5,200 to 3,000.
Karim Aliwi, Iraqi MP from Fath coalition: The claim of USA to pull out some of its forces from Iraq is only a propaganda. Fath coalition is skeptical about this reduction of number of American soldiers in Iraq.

– Iraqi PM, al Kadhimi, meeting Kurdistan Iqlim.
Mustafa al Kadhimi landed in Erbil airport by a C-130J Super Hercules and was welcomed by Masrour Barzani. He met with Masoud Barzani, head of Kurdistan Democratic Party party in Erbil.
Al Kadhimi visited Ibrahim Khalil border gate in Dohuk province and refugees camp.
He is supposed to meet with Nechirvan Barzani, head of Iqlim today (the second day of visit!), and travels to Suleimaniyah province meeting with local officials and visit the border with Iran.
In the last three days a committee of local officials of Iqlim traveled to Baghdad to negotiate with Baghdad government and there are rumors they are close to agreement.