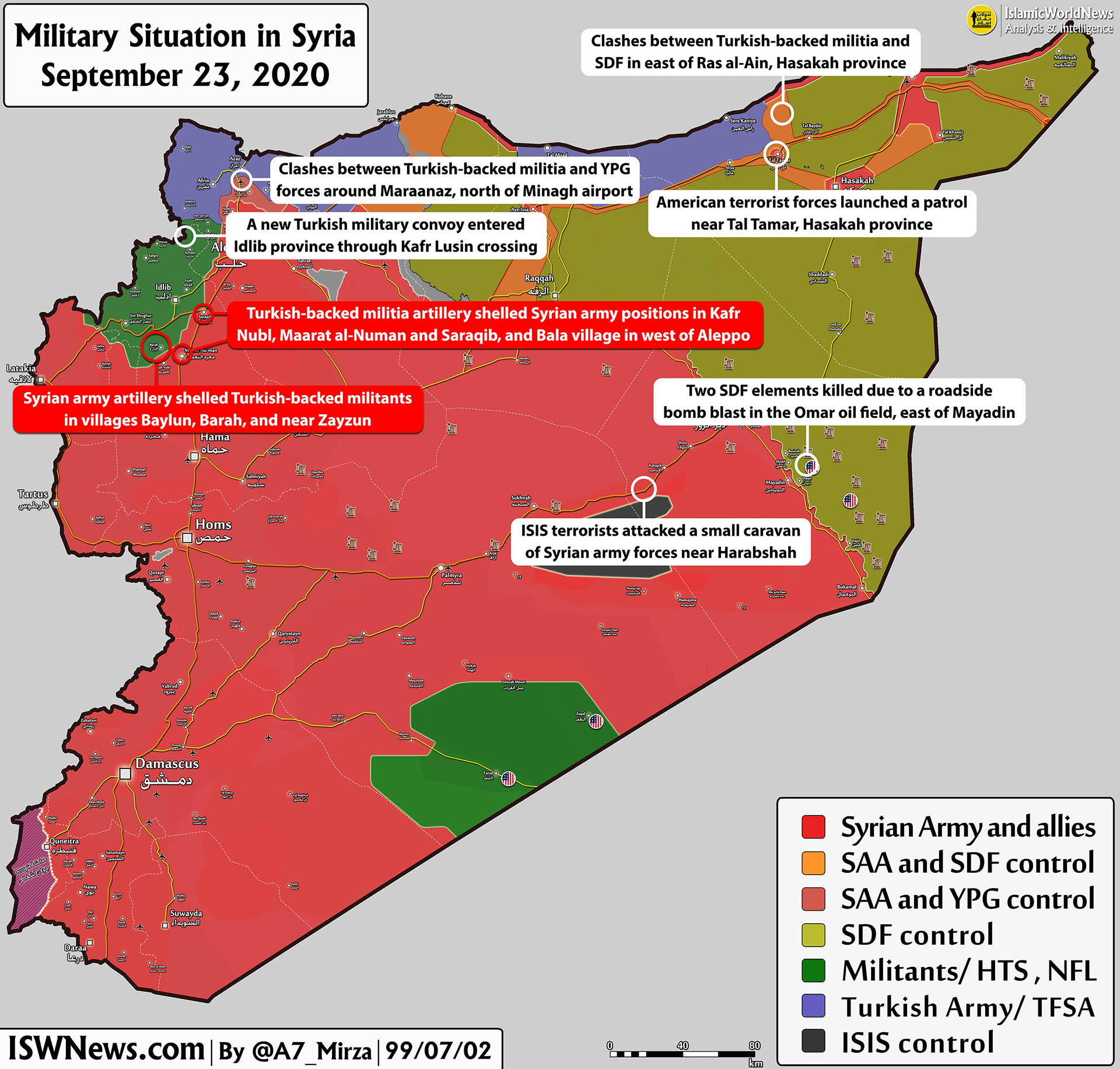 1- US terrorist army position deployed new Bradley fighting vehicles and radar systems in northeast of Syria.
In recent days US terrorist army imported M2 Bradley and Sentinel radars to protect its forces in northeast of Syria.
Bradleys were sent out of Syria for a short time before with the excuse of American forces leaving Syria but came back again. These AFVs can fire TOW anti-armor missiles. Sentinel radar systems are used normally to detect mortar firing place or in general finding the artillery (counter-battery radar) and for the air defense. It seems importing them are to defend against Russian and Syrian armies forces and Syrian army proxies.

2- A Russian soldier killed in Idlib.
Hayat Tahrir al-Sham (HTS) released images showing Russian military equipment and claimed they belong to a Russian soldier who was killed in a mine field in south of Idlib. Pro-Russian media claimed the mine explosion dates back to more than a month.

5- A new Turkish military convoy entered Idlib province through Kafr Lusin crossing. The number of Turkish convoys coming to Syria increased significantly in this week compared to before.

8- Clashes between Turkish-backed militia and SDF in east of Ras al-Ain, Hasakah province.

11- Two SDF elements killed due to a roadside bomb blast in the Omar oil field, east of Mayadin.