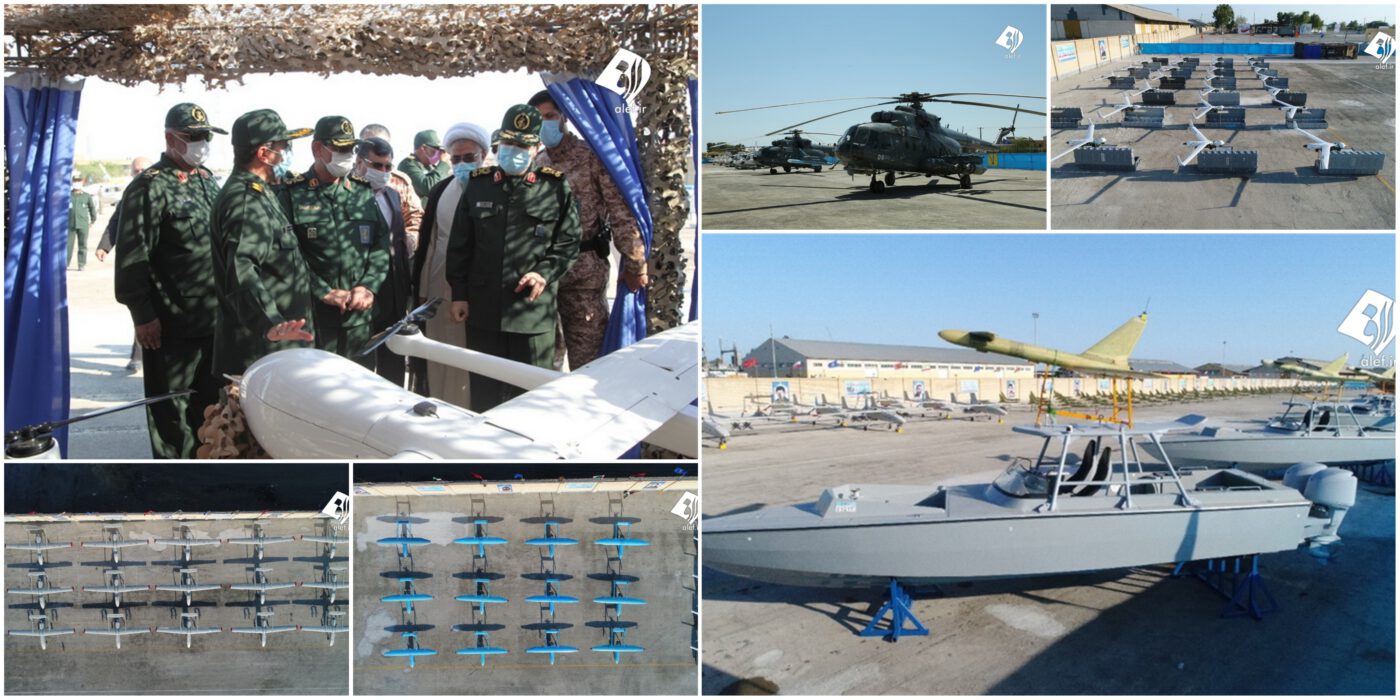 Three models of vertical take-off drones “Sepehr”, “Shahab-2” and “HodHod-4” were unveiled for the first time, whose mission is to be launched from vessels.
“Mohajer-6” drone, two maritime helicopters and four attack helicopters armed with missiles, were among the aircraft delivered on September 23.

Mohajer-6, is an all-weather pilotless aircraft with a range of 200 km, and it has been designed to carry a payload of four missiles.