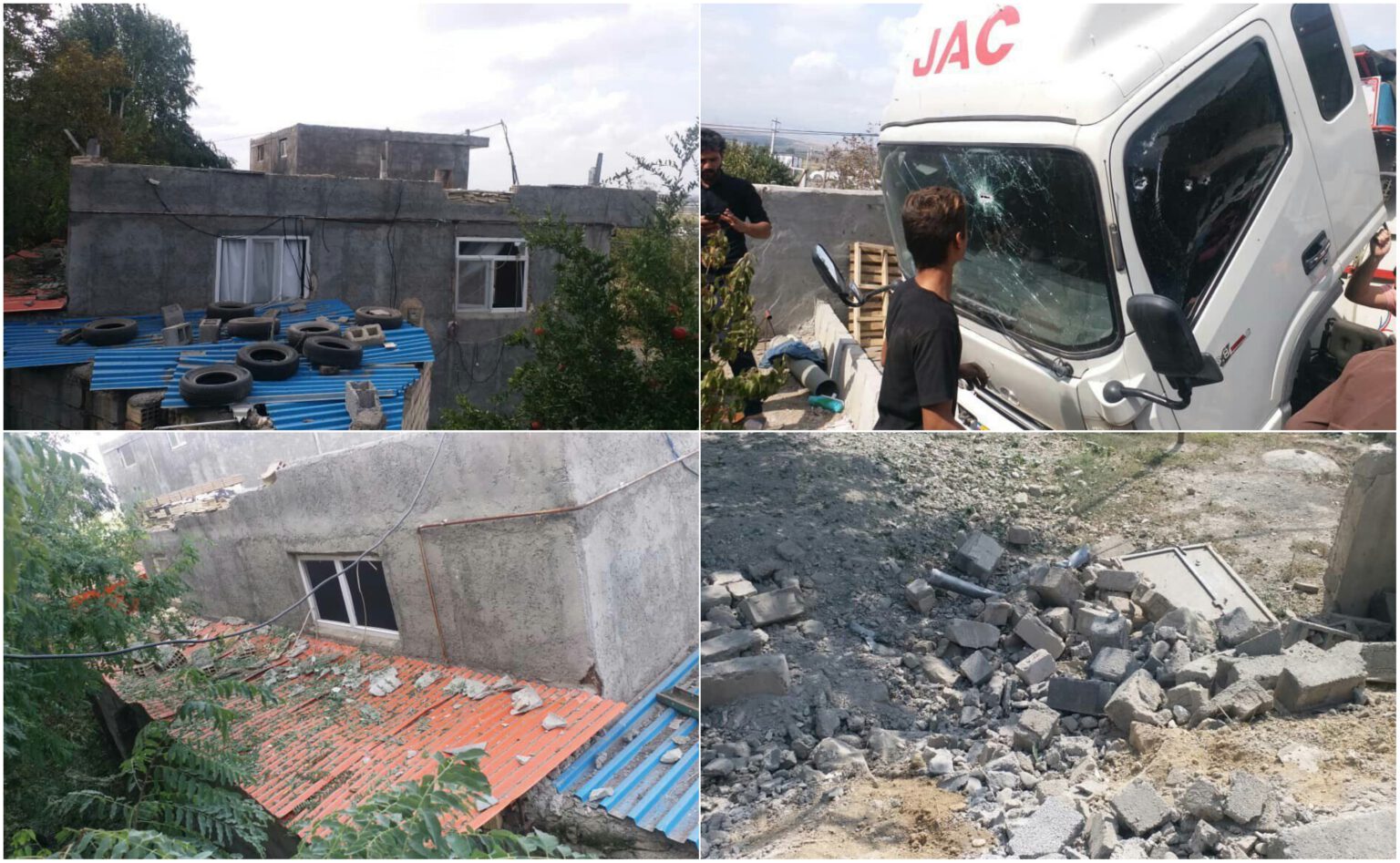 ISWNews Analysis Group: During the conflict between Azerbaijan and Armenia armies, Parviz Khanloo village at the border of Iran was hit by rockets.

According to local sources in the village, Khoda Afarin district, due to four rockets hitting civilian residents at least one injured and six houses and some vehicles damaged.