Since the beginning of the Syrian crisis, Russia, as a permanent member of the Security Council, has played a positive role in resolving the crisis. Until 2015, which was the time of Russia’s military intervention in the US-led war against Syria as one of the most important members of the Axis of Resistance, the role of this permanent member of the Security Council was merely to veto US and European resolutions against the Damascus government. Russia in cooperation with China has vetoed six of the seven Security Council resolutions against Syria since the crisis began in early 2011.

Russia’s influence, however, increased dramatically after it entered the arena of the Syrian crisis in 2015, and in addition to the political sphere, it also extended to the military and economic spheres. There are various reasons for Russia’s involvement in the Syrian crisis, including the existence of a Russian naval base in the Syrian port of Tartus, confrontation with the US monopoly system, economic benefits including the activities of Russian oil and gas companies before the crisis in Syria, and Russia’s efforts to explore for gas in the Mediterranean to compete with competitors such as; Turkey, Israel, Greece and Egypt for exporting to Europe, as well as turning Syria into an economic gateway to the Middle East.

Russia’s entry into the political and economic processes of Syria after the crisis subsides, preserving the structure or Bashar al-Assad?

Now that the crisis has subsided and sovereignty has been established, the important challenge for the Syrian government and its allies is to rebuild and build political processes to unite to overcome the economic and political crisis. Russia is trying to play an effective role at this time as well.
In this period, unlike during the war, Russia has commonalities with the Westerners, and that is the emphasis of both sides on the implementation of Resolution 2254, which in 2015 was not vetoed and approved by the Security Council, unlike other resolutions. The subject of this resolution is the creation of a political process in Syria for the transition period and the formation of a new constitution and political structure.
The biggest weakness of this resolution is that it does not mention the fate of Bashar al-Assad.
Russia also seems to agree with the policy of maintaining structure and changing the individual in order to attract capital for the reconstruction of Syria and to make a deal with the West. This is exactly the opposite of Iran’s position, which is to emphasize the preservation of Bashar al-Assad as a symbol of resistance and unity in Syria despite political reforms. Russia’s position was also reflected in the recent visit of a high-level delegation to Syria, emphasizing the need to hold elections under the new constitution, which, of course, was opposed by the Syrian government.

In this regard, a week before the Russian delegation’s visit to Syria, two Syrian Kurdish parties traveled to Moscow and signed an important five-point agreement there. The agreement, which was ratified by Russia, emphasizes the creation of a decentralized political system (creation of autonomous regions), work on Resolution 2254, the entry of Kurds into the Syrian constitutional negotiations, and the integration of Kurdish forces into the Syrian army. The agreement was one of the main points of Lavrov’s meetings with Bashar al-Assad and Syrian Foreign Minister Walid Muallem. Why Russia is trying to resolve the differences between the Kurds and the Syrian central government by granting them concessions does not seem to have a complicated answer. One of the reasons for this is the existence of oil resources in the Kurdish regions, which Russia has also signed agreements with the Syrian government to explore and extract, but due to the presence of the Americans, it is not possible to implement these agreements. In fact, the Russians are trying to drive the United States out of the region and gain economic benefits by making peace between the Kurds and the Syrian government.

Russia is also trying to become an influential and trusted mediator in the world by resolving such issues politically. Another reason that can be mentioned in this issue; Russia’s efforts to build trust with the West to cooperate with Russia’s policies include efforts to rebuild Syria. In fact, Russia sees this as a concession to the West that they are willing to invest in Syria in return.
So far, Russia has not been able to succeed due to the opposition of the Syrian government, but it remains to be seen whether in the future, with increasing economic pressures and in the absence of a cohesive economic and political presence of an important ally such as Iran, Bashar al-Assad’s government will be able to resist Russian policies or not. 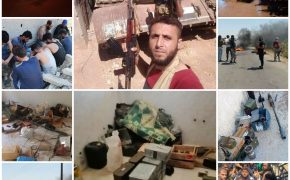