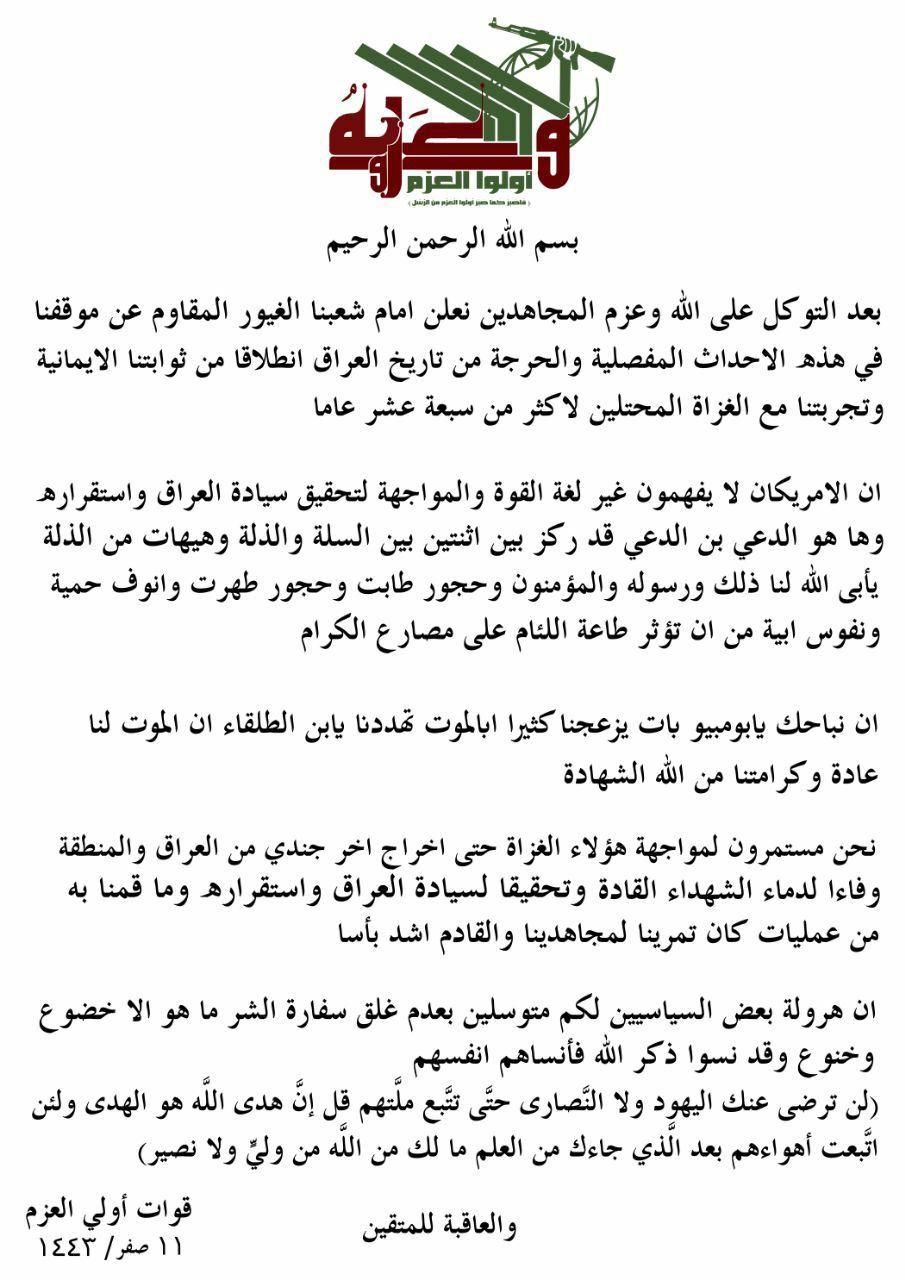 – Resistance group Olo al-Azm announced its existence. Their mission is to fight with American occupiers, mentioned in their statement. (Image)

– American terrorist caravan was attacked by roadside bomb in Hillah.

– A counter terrorism committee of Iran, Iraq, Syria and Russia met in Baghdad.

– Roadside bomb blast in the road from Baghdad airport to security zone. No loss reported.

– US ambassador met with Sayyid Ammar Hakim to talk about ceasing attacks to USA in Iraq.

– Fath coalition under leadership of Hadi al-Ameri condemned rocket attack to Redhwaniyah area, Baghdad, which resulted in martyrdom of members of a family and asked the administration to investigate the issue, in a statement. Ammar Hakim, Nouri Maliki and Muqtada Sadr condemned the incident before.

– General Mutasam al-Qaysi, commander of 12th brigade of Biji in Salahaddin province, was martyred due to mine explosion.