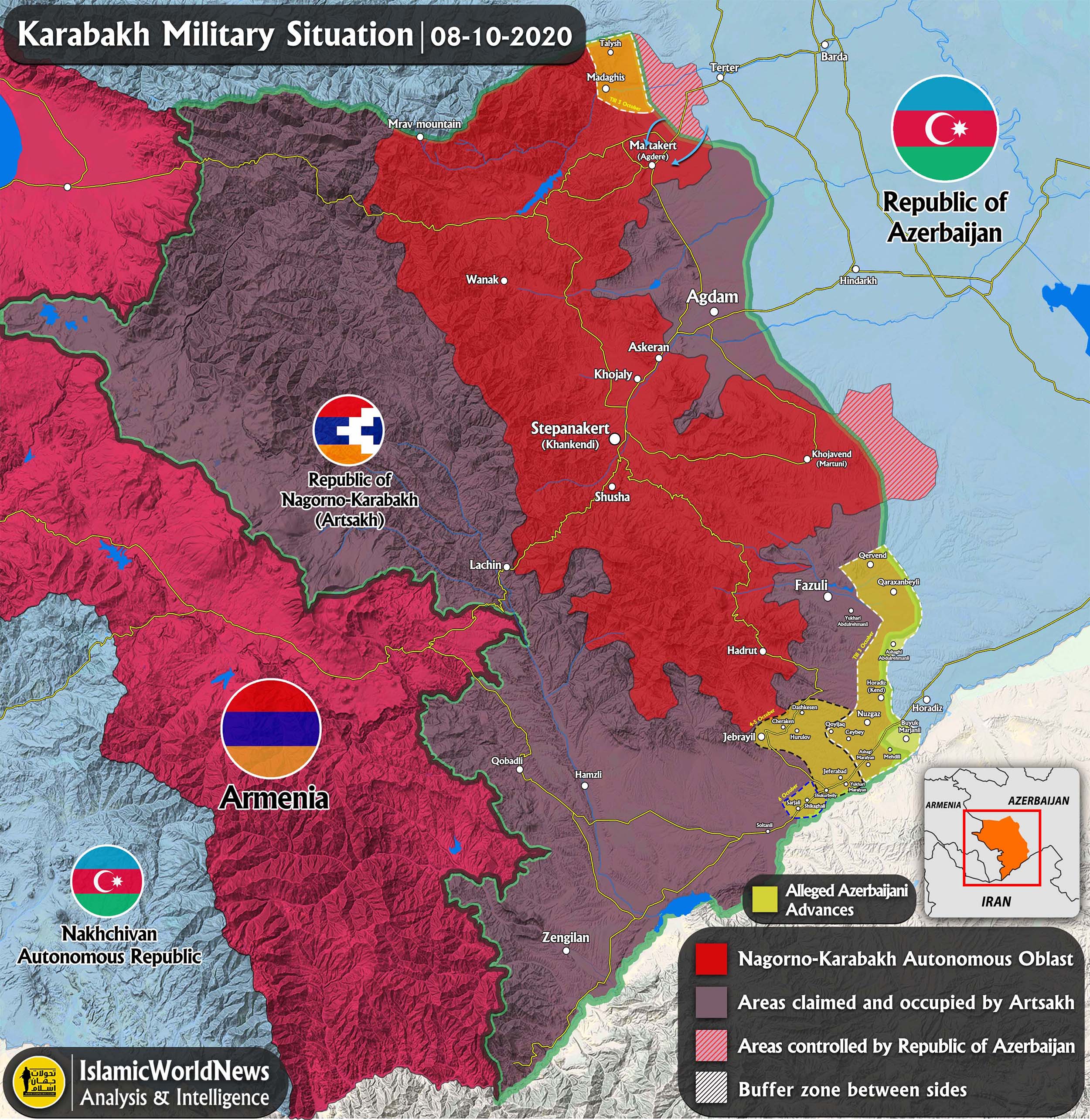 ISWNews Analysis Group: According to field sources, during the past 48 hours, the Karabakh fronts did not witnessed any significant ground advances, and most of the clashes were followed by artillery duels and scattered fire exchanges.

– The situation of other parts of Karabakh southern front is unchanged in the last 48 hours.

– An Armenian drone was shot down over Agstafa by Azerbaijani SAM.

– Armenia Mod released list of casualties in the conflicts. There are 30 names in it, among which 10 were between 18-20 years old.

Vladimir Putin said: “Russia does not have an obligation to defend Armenia, as its conflict with Azerbaijan is not being waged in Armenian territory.”
Putin’s remarks about Nagorno-Karabakh come as Armenian Prime Minister Nikol Pashinyan has implicitly stated on several occasions in recent days that Russia will act to defend Armenia if Armenia is attacked. However, it is important to note that the occupied territories of Nagorno-Karabakh by the Armenian forces(or Republic of Artsakh) are not internationally recognized, and even the Nagorno-Karabakh Autonomous Region itself is not part of Armenia.