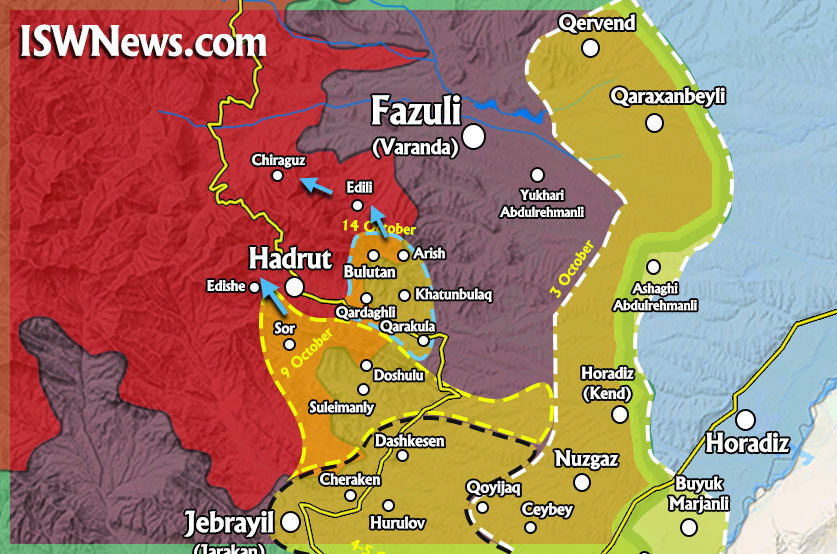 – Azerbaijani President Ilham Aliyev tweeted about the new advances of the Azerbaijani forces between the borders of Khojavend and Fuzuli districts. According to Aliyev, the villages of Arish, Doshulu, Edisheh, Dodukchi, Edili and Cheraghuz came under the control of Azerbaijani forces.
An interesting tactic regarding these announcements is that Aliyev re-announces the names of the villages that are in the depths of their own forces or in the past alleged advances, behind the front line villages and should have been taken by now, among the new names. For example, the village of Doshulu was announced in the progress on October 9, six days ago, but was announced again in today’s progress. (Blue arrows on the map: directions of progress)

– The Ministry of Defense of the Republic of Nagorno-Karabakh (Artsakh) has released the names of 49 other Armenian soldiers who lost their lives in the Nagorno-Karabakh war. According to this information, the official death toll of the Armenian forces reached 604 people.

– One house was destroyed and one person was injured when several mortar shells hit the villages of Kadkhodalo and Qoli Begloo in Khodaafarin region, north of Iran.