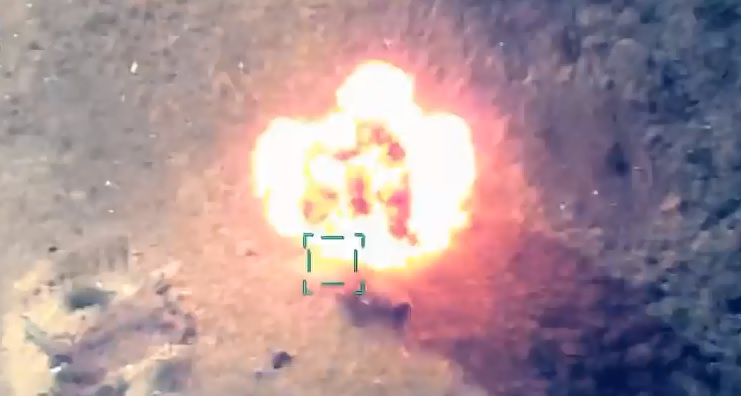 ISWNews Analysis Group: The Azerbaijan Ministry of Defense released a video of drone strikes against personnel, positions and military equipment of Armenian forces in Nagorno-Karabakh.

In this video, which, like in the previous videos, the use of Turkish “Bayraktar TB2” is recognizable, the personnel and equipment of the Armenian forces are subjected to heavy and effective drone attacks and suffer heavy casualties. In some parts of the video, the use of Turkish MAM-LAM laser guided ammunition (or possibly Israeli ammunition) can also be seen.

One of the main reasons that the scales in the Karabakh war changed in favor of the Azerbaijani forces is the use of unmanned Turkish drones (by the Turkish military in Azerbaijan), which practically grounded the Armenian forces in the region.

Considering the developments in the battles in Nagorno-Karabakh, the importance of using drones and their great impact on changing the equations of war became clear once again.
Of course, it should not be neglected that a significant part of Armenia’s air defense systems are obsolete and unable to withstand modern electronic warfare and modern drones; Otherwise, like the wars in Syria and Libya, we would have seen a significant number of Turkish drones crash.