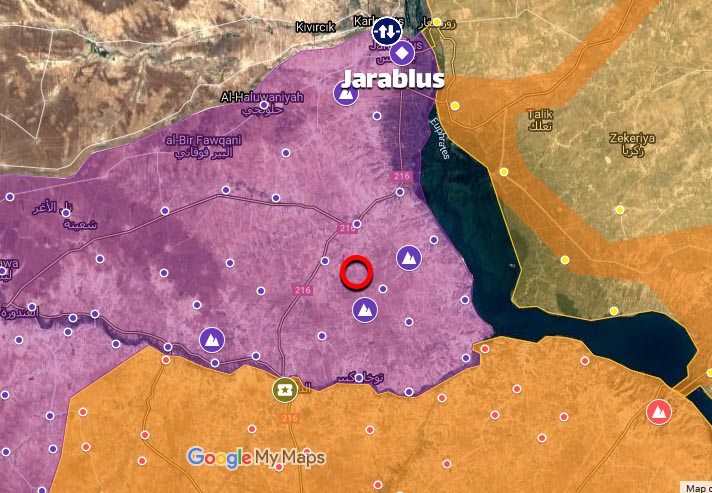 ISWNews Analysis Group: Late on October 23, a number of oil storage tanks were destroyed by precision missile attacks on an illegal oil storage and smuggling facility south of the Turkish-occupied border town of Jarablus.

The facility (between the villages of Al-Dabis and Al-Kousa) reportedly held large quantities of fuel transported from areas controlled by the Syrian Democratic Forces SDF, as well as dozens of fuel tankers parked there.
Some pro-rebel sources believe the attack was carried out by Russia. However, last year, the Syrian army launched a similar attack on fuel smuggling convoys from Syria to Turkey in north of Aleppo, and this attack could possibly have been carried out by Syria or at the behest of Syria.

It is also said that at least 5 people lost their lives in this attack and 15 others were injured.