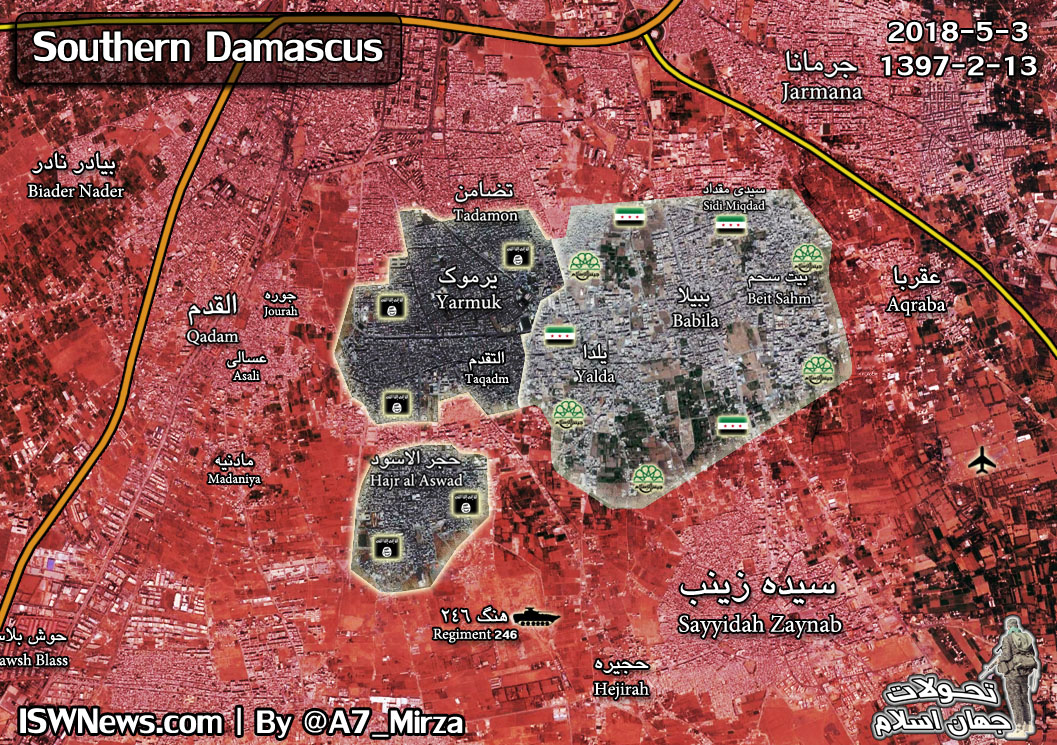 Today, following the advances of the Syrian army and its allies against ISIS in southern Damascus, cemetery of Hajar al-Aswad was liberated.