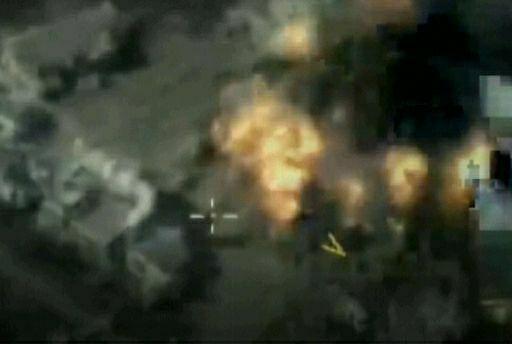 ISWNews Analysis Group: More than 80 Faylaq al-Sham militants were killed when Russian warplanes attacked the military camp of this terrorist group in west of Armanaz in the Idlib region.

As can be seen from the published images, the military training of the terrorists of Faylaq al-Sham has been targeted and the death toll is clearly very high.