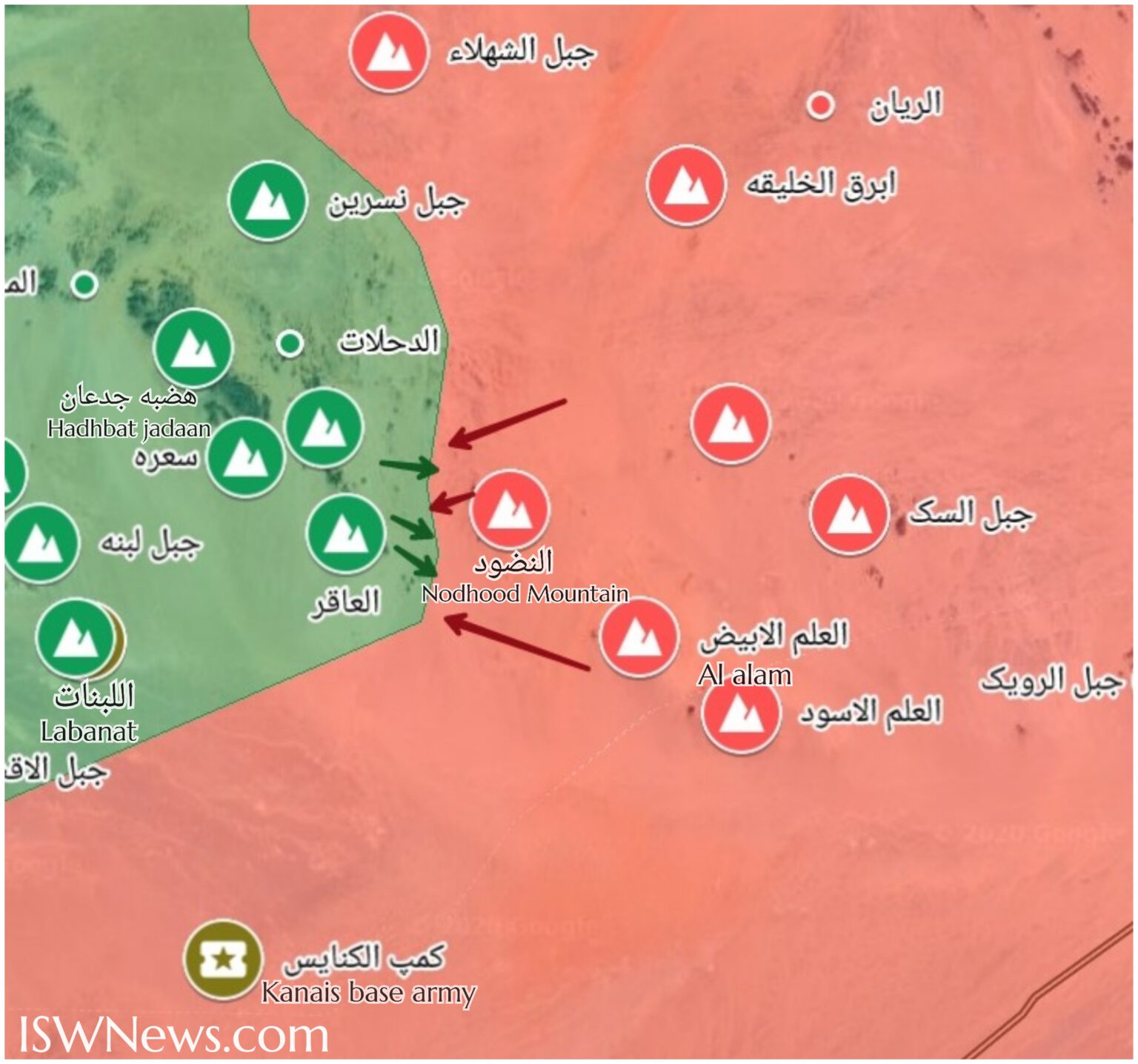 According to the latest news from the Khaab and al-Shaaf district fronts in the al-Jawf province, Ansar Allah forces have retreated from Nodhood mountain due to pressure from Saudi-led coalition forces and moved their defensive line to east of al-Hadhbat al-Jadaan and Labanat base.

The retreat was due to desert climate conditions, as well as pressure from Saudi-led coalition forces from three directions: north, east and south.

As mentioned in the previous articles, Ansar Allah’s advance in the deserts of al-Jawf is to deplete the power of the Saudi-led coalition in this region, and the speculation of some media about the scenario of launching the operation to capture Ma’rib from the north is a misconception.