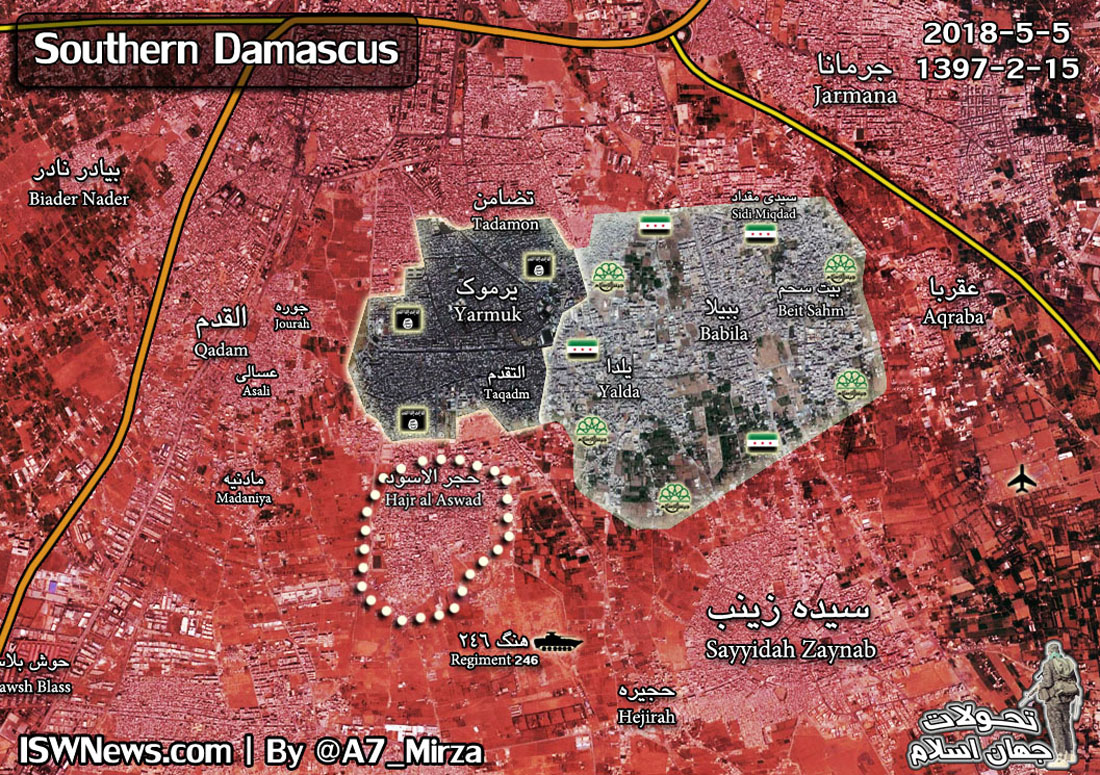 On May 3, the Syrian army and allies succeeded in dividing the ISIS occupied territories south of Damascus into two parts and ISIS terrorists encircled in the southern part of the region.

Fallowing the advances, today the Syrian army has been able to clear the southern part, and now engineering groups are dismantling booby traps.