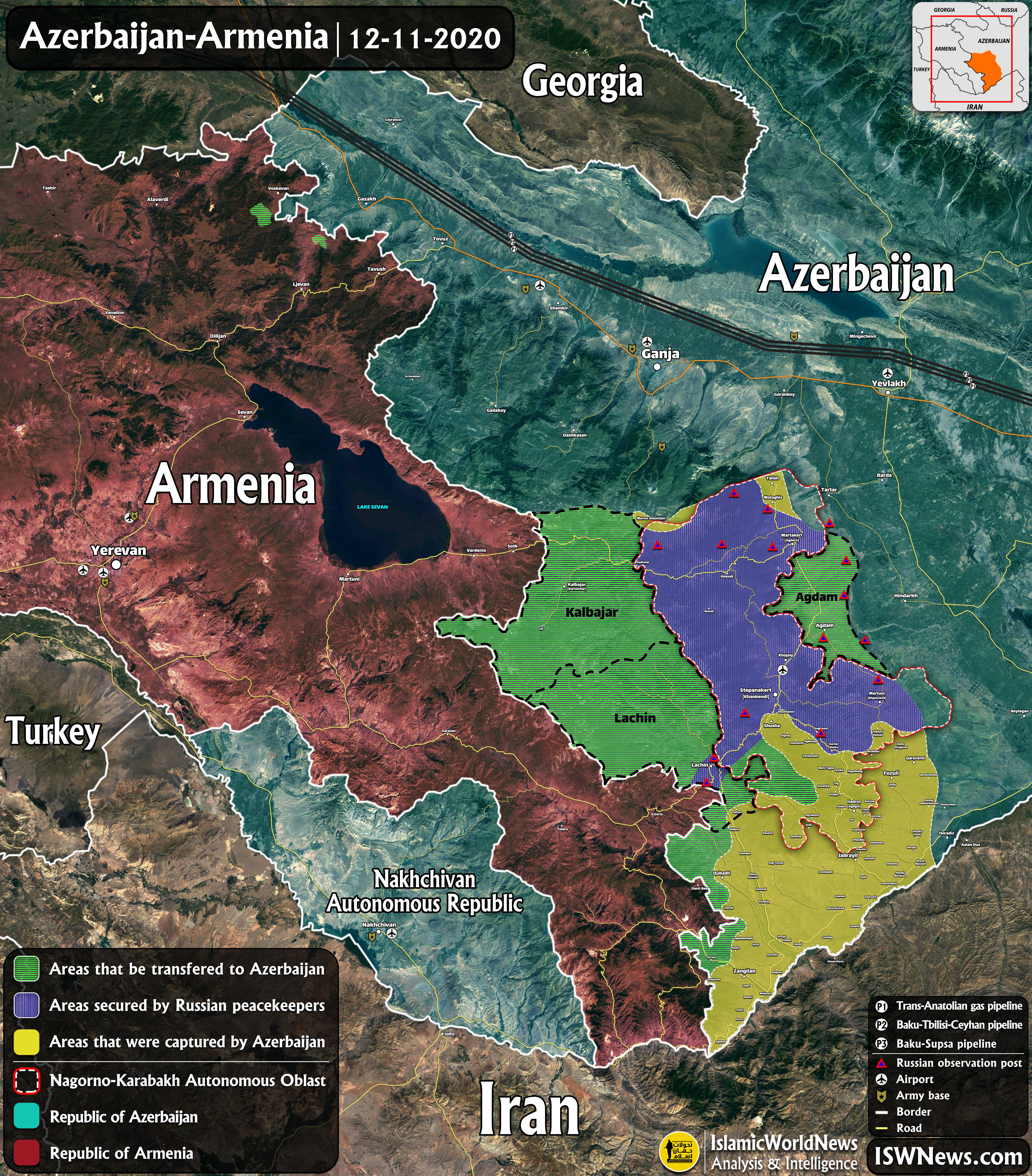 – The Commander of the Russian Peacekeeping Forces in Karabakh met with the Minister of Defense of the Republic of Azerbaijan.

– According to the agreement, the Armenian people in Kalbajar region are evacuating their houses and leaving for Armenia. Some residents are said to have set their houses on fire before leaving.

– The Republic of Azerbaijan deployed more troops in the city of Shusha.

Pashinyan: Armenia will continue to insist on international recognition of Nagorno-Karabakh independence.