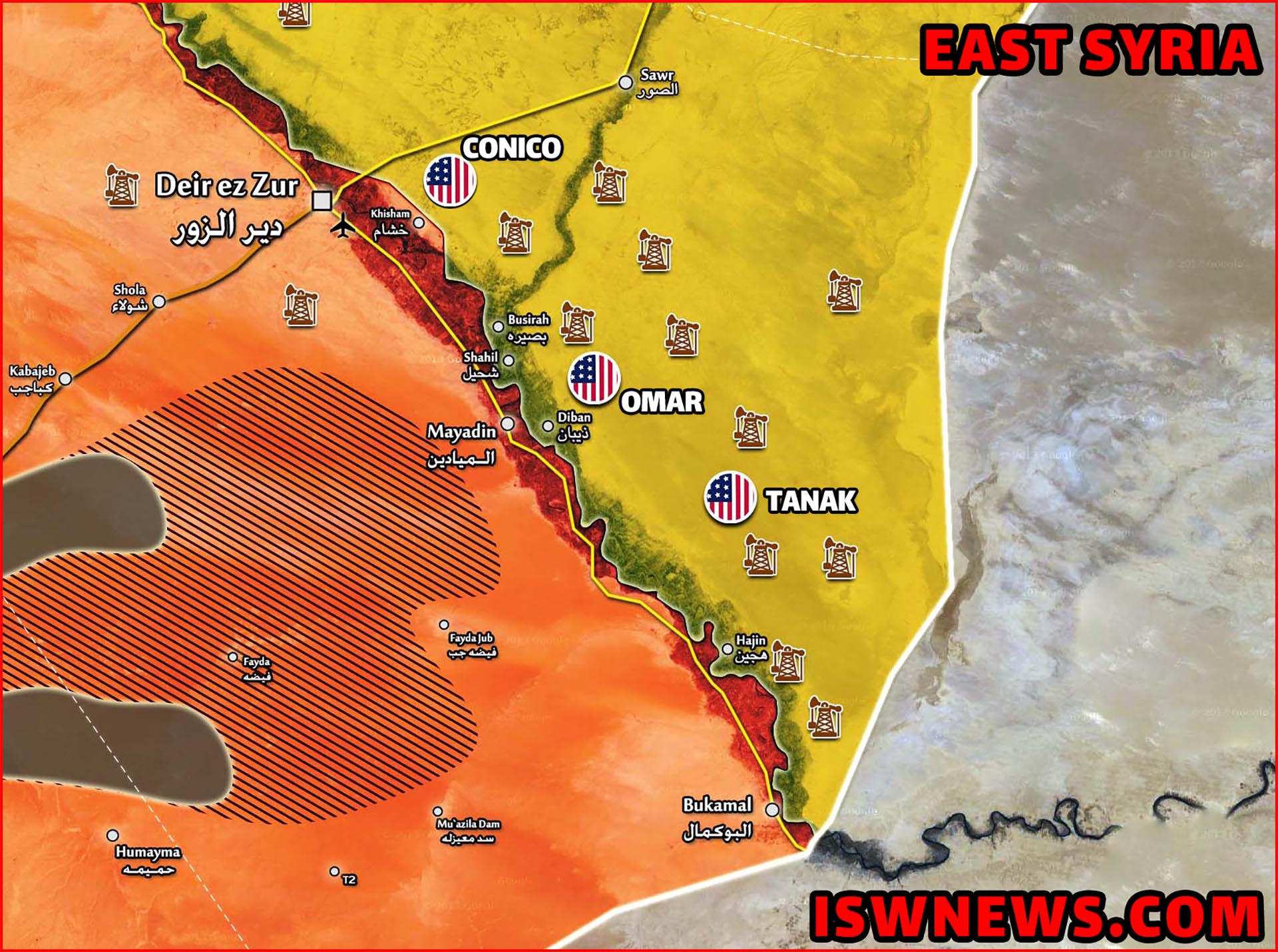 ISWNews Analysis Group: 25 US coalition trucks entered US bases in the Syrian province of Hasakah through the Iraqi Kurdistan region via the illegal al-Walid/Juzik border crossing.

After entering Syrian territory, the US military convoy transferred logistical equipment and heavy weapons, including artillery, to US bases in the Conoco gas field and the Omar oil field in Deir Ezzor.

Three days ago, local sources also reported that 50 US coalition trucks had entered Syrian territory through the illegal al-Walid crossing, which after entering Syria headed to coalition bases in Hasakah and Deir Ezzor provinces.

The al-Walid/Juzik crossing, north of the Yarubiyah-Rabiyah border crossing, was illegally built by the United States, and US forces enter Syria through this crossing from areas controlled by the Iraqi Kurdish region.

According to available information, the United States is trying to turn its military base on the Omar oil field into the command center of the so-called anti-ISIS coalition operation in Syria.

Al-Omar oil fields are the largest oil fields in eastern Syria, about 9 km from the western axis of the strategic city of al-Mayadin.