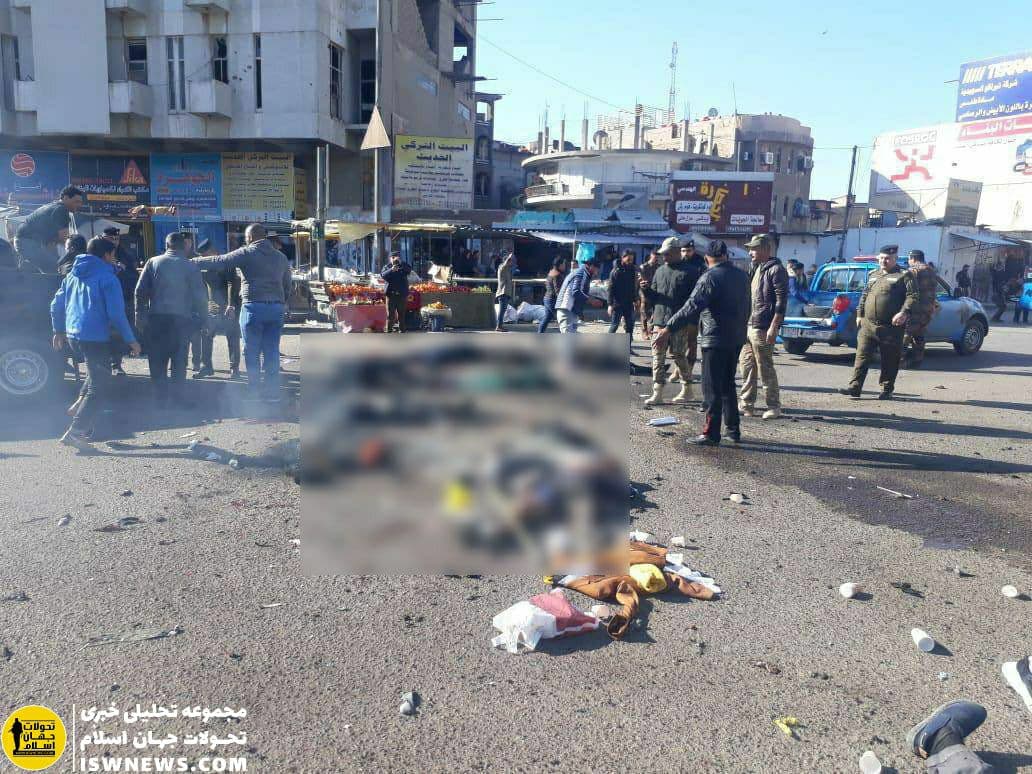 ISWNews Analysis Group: at least 32 people were killed and more than 70 wounded in two terrorist explosions in a market in central Baghdad.

The two terrorist blasts which take plcae in the Bab Sheikh and Bab Sharqi areas and the Tayran Bazaar in central Baghdad led to death of 32 people. Following the three blasts, security measures around Baghdad’s Green Zone were tightened and all main gates to the area were closed.