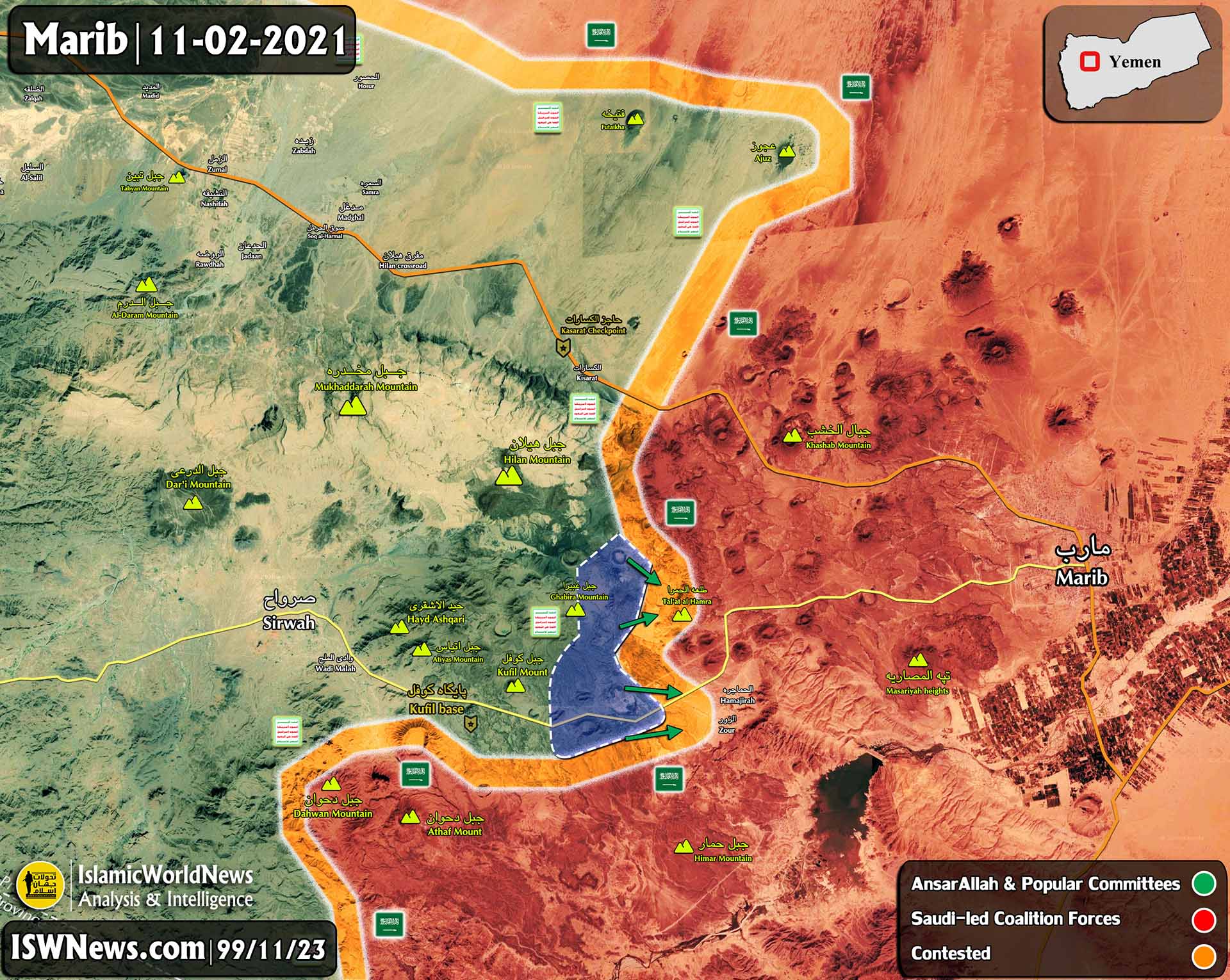 ISWNews Analysis Group: Clashes between Ansar Allah and Saudi-led coalition forces continue on the eastern front of Sarwah, in the al-Zour and Talaat al-Hamra areas.

In the last three days, Ansar Allah and the Popular Committees have succeeded in liberating a number of important points on the western front of the city of Marib and east of Sarwah. Kufil mountain and surrounding areas were liberated from Saudi-backed forces yesterday. Having these areas will play an important role in the future advances of Ansar Allah.