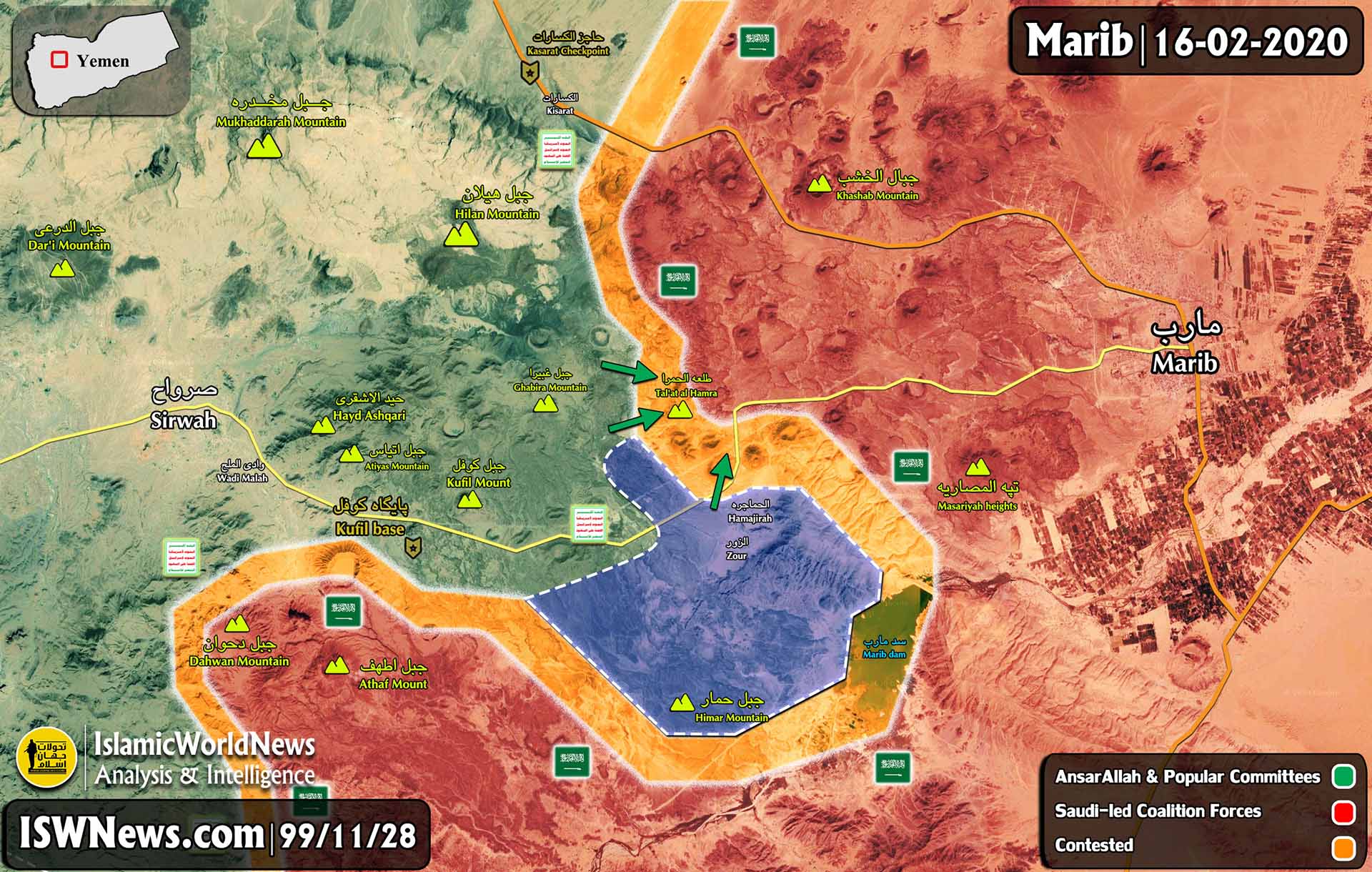 ISWNews Analysis Group: Following the Ansar Allah operation in Marib province, the villages of al-Zour and al-Hamajira and Himar mountain area were liberated from the Saudi-led coalition forces.

According to a our field sources, heavy clashes between Ansar Allah and Saudi-led forces continue in the areas of Tala’at al-Hamra and around Himar mountain.

Ansar Allah forces are about 11 kilometers away from the city of Marib.

Officials in Hadi’s government have called for an immediate meeting and a public mobilization to stop Ansar Allah advances and to prevent the fall of Marib city. This indicates that developments in Marib are becoming more sensitive.
Thus, as developments become more sensitive, the possibility of international intervention in the Yemeni war increases.