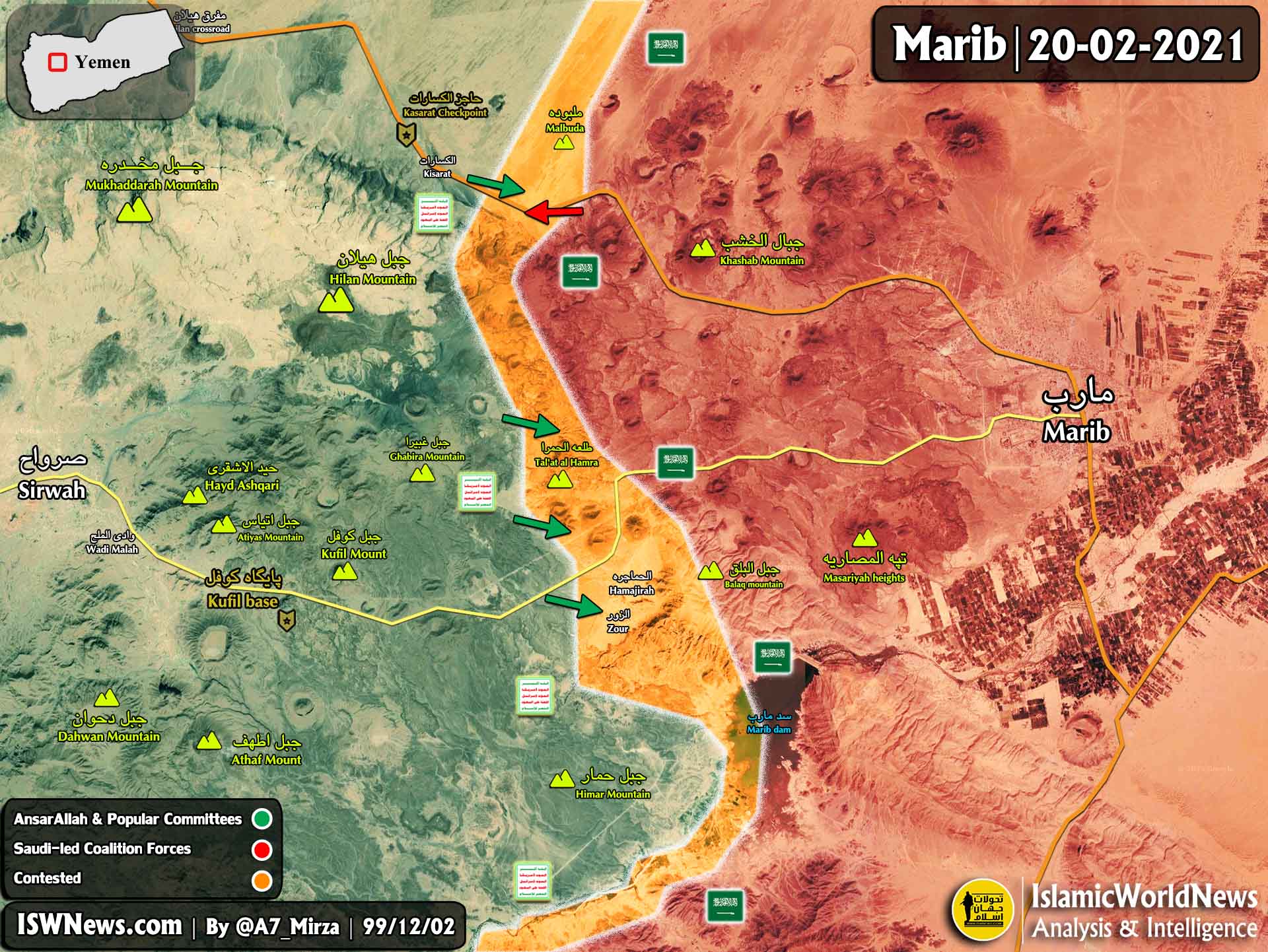 There has been no change on Madghal front and the contact line is as the past. On this front, Brigadier General Ahmad Qayed al-Shara’abi, one of the Mansour Hadi commanders was killed in the al-Kasarat area.
In the past 24 hours, Saudi coalition warplanes also bombed Sarwah and Madghal fronts 15 times and Maheliyah area 2 times.

It is also reported from the west coast of Yemen that the Amaliqah forces, Republican Guard and other forces of the Saudi coalition have been sent to Marib province to help the coalition forces on the western fronts of the city of Marib.