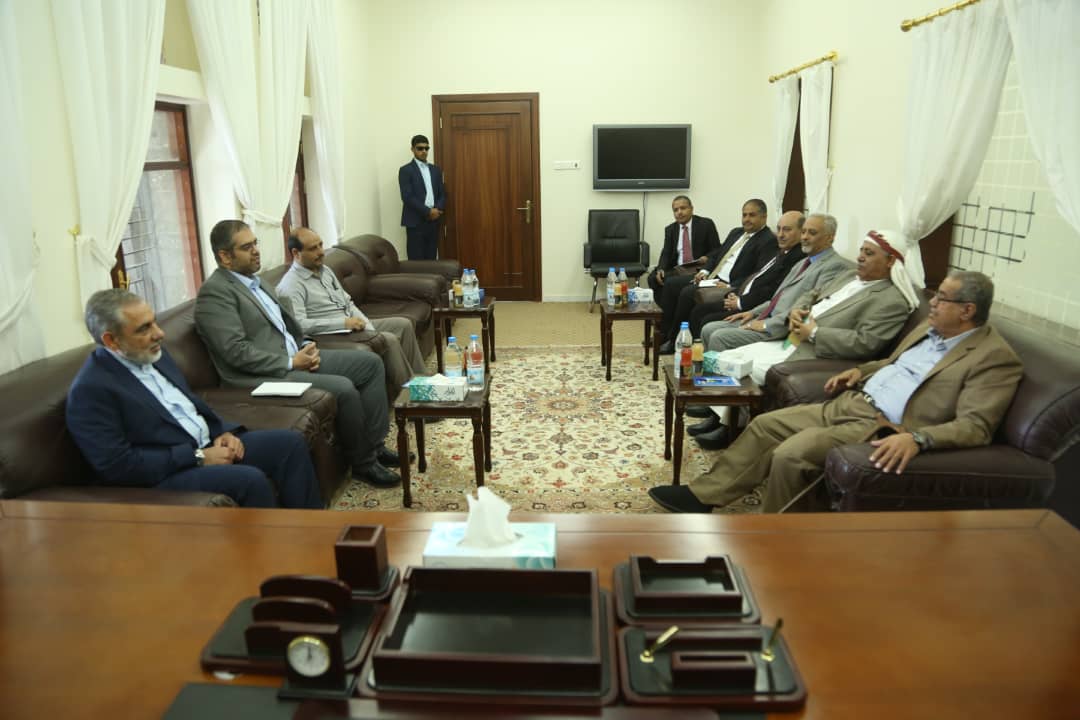 – Continuation of the clashes between Ansar Allah and the Saudi-led forces on the eastern front of Sarwah, the district of Raghwan and the east of Madaghal. The town of Asdas is still under the quasi-siege of Ansar Allah.

2- Sanaa:
Leaders of the Yemeni National Congress Party met with Hassan Irloo, Ambassador of the Islamic Republic of Iran to Yemen. (Image)

– The meeting of “Abu Ali Al-Hakim”, the head of Ansar Allah Intelligence Organization, with the leaders of the of Al-Jawf tribes. In this meeting, Abu Ali called for the Al-Jawf tribes to play a more effective role in relations and peace with the Ma’rib tribes.

– A heavy attack by the Saudi-led forces on the southern front of the Labanat base and Jabal al-Aqsha’ area was repulsed by Ansar Allah after two days of fighting.

5- Al-Hudaydah:
Saudi-led forces violated the ceasefire 211 times in the past 24 hours.

6- Abu Hassan al-Masri, one of the al-Qaeda commanders in Yemen, in a video message called the al-Qaeda supporters and its militants to fight against Ansar Allah on the Ma’rib.