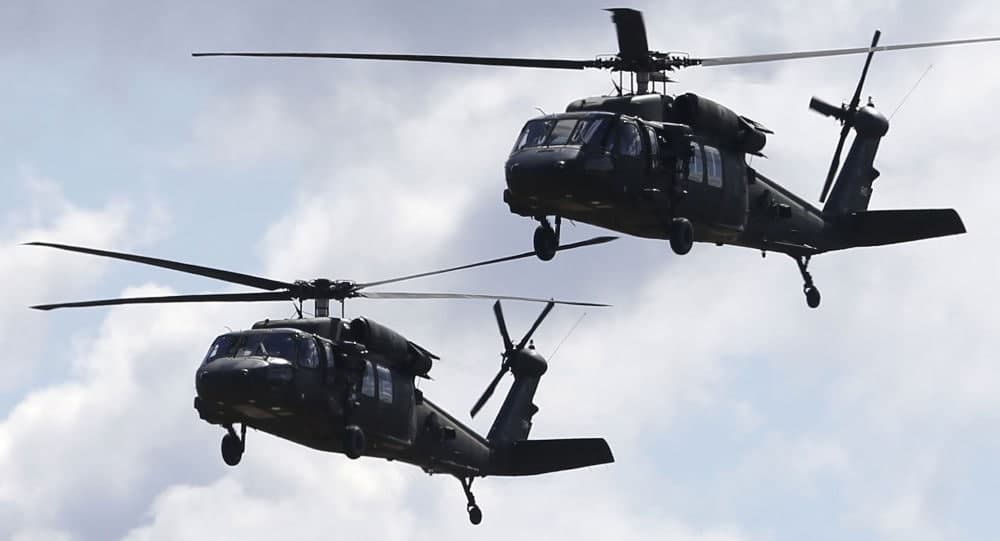 ISWNews Analysis Group: US forces transported 10 ISIS terrorists to the Syrian desert by two US helicopters.

After several years of war in Syria and Iraq, there is many evidences of US support for armed and terrorist groups in the region. The United States claims that it is fighting terrorists in Iraq, Syria, and other countries, but according to documents released during the years of war in Iraq and Syria, not only this claim is completely false, but the US regime is involved in forming, equipping, organizing and providing intelligence and logistical support to terrorist groups, and it is one of the main parties in the spread of insecurity and crime in Iraq and Syria.

In recent months, the US military has transferred ISIS operatives to Iraq and Syria and played an effective role in increasing the activities and attacks of this terrorists against the Syrian and Iraqi militaries and carrying out terrorist attacks among civilians.

In the latest move by US forces in support of ISIS terrorists, two American helicopters transported 10 ISIS terrorists to Syrian desert. Earlier, the terrorists were transferred from Ghowairan Prison in Hasakah to a US coalition base in al-Shaddadi.

In recent months, the transfer of ISIS operatives by US troops from prisons run by the Syrian Democratic Forces (SDF) to their bases in Syria and Iraq has increased.

Given the simultaneous transfer of these terrorists to Syria and Iraq and the increase in ISIS activities, this indicates a renewed US effort to revive the terrorist group to continue its occupation and oil theft in Syria under the pretext of fighting terrorism and expand its military presence in Syria and Iraq.

Share it:
Deir Ezzor ISIS ISIS in Syria Syria US US in Syria