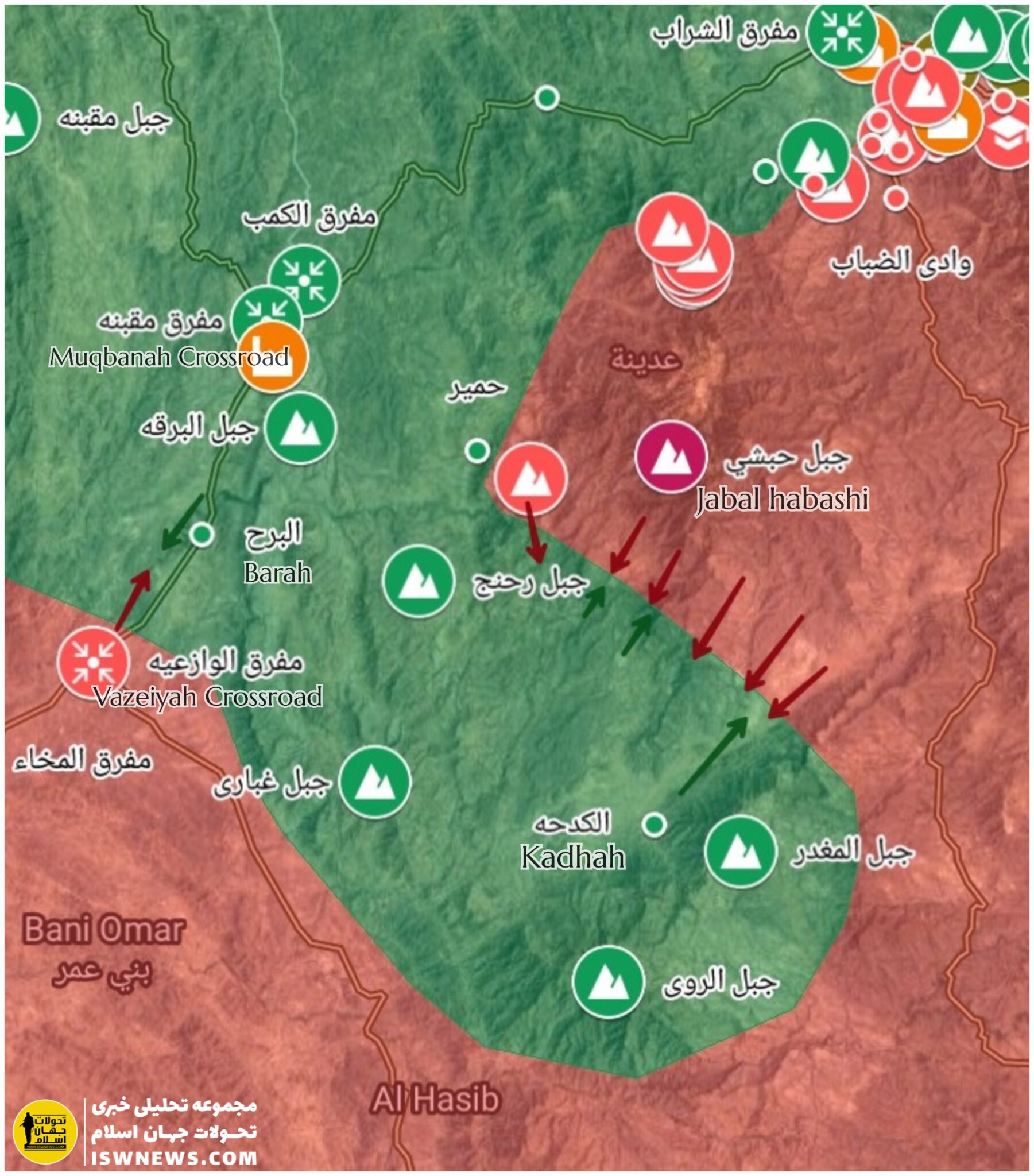 ISWNews Analysis Group: The Saudi-led forces launched an operation against the positions of Ansar Allah in the districts of Jabal Habashi and Muqbana in Taiz province.

Mansour Hadi’s forces and the National Resistance Forces (under command of Tariq Saleh) have launched heavy attacks on Ansar Allah positions in the districts of Jabal Habashi and Muqbana, which have so far led to the fall of the villages of al-Kuwaiha, al-Tawir and Jabal al-Hub.
Clashes are currently ongoing between al-Waziyah and al-Barah, as well as in the villages of al-Qash’ah and north of al-Kadha.

Ansar Allah is not in a good geographical position in this region and there is a possibility of retreating from these areas in the coming days.