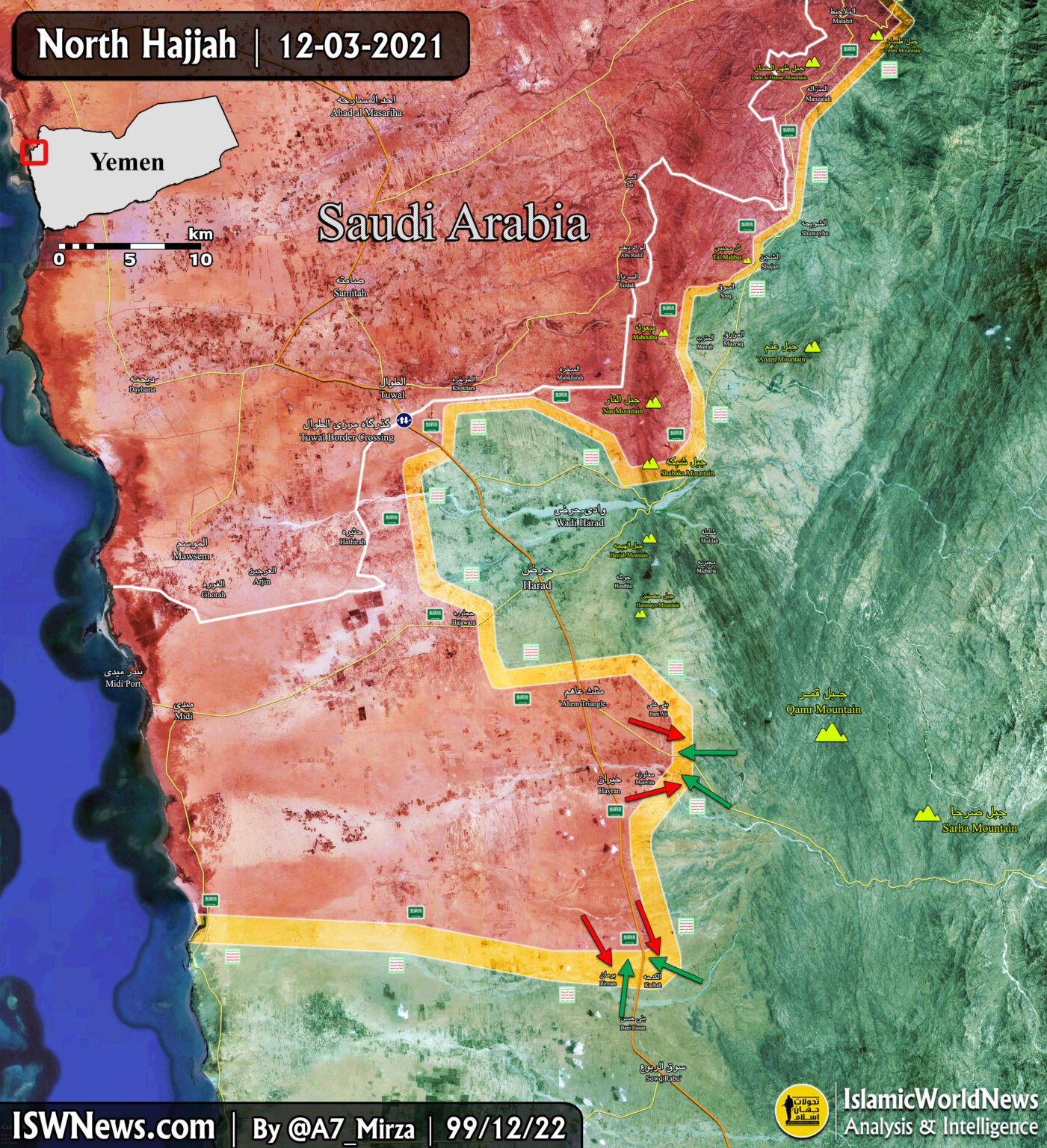 ISWNews Analysis Group: Ansar Allah repelled a heavy attack by the Saudi-led forces on the northern front of al-Hajjah province.

In this operation, the Saudi-led forces started attacking Ansar Allah positions from two axes: 1- North of Bani Hassan and 2- East of Hayran, and Ansar Allah forces withdrew from their positions; But after that, Ansar Allah’s heavy counterattack led to the escape and withdrawal of Saudi-led forces from the conflict lines.

Currently, the Saudi coalition has withdrawn from the villages of Bani Khamaj, Hasimiyat and the northern areas of Bani Hassan, and Ansar Allah forces have entered these areas. If these advances are confirmed, the latest changes will be announced in future news.