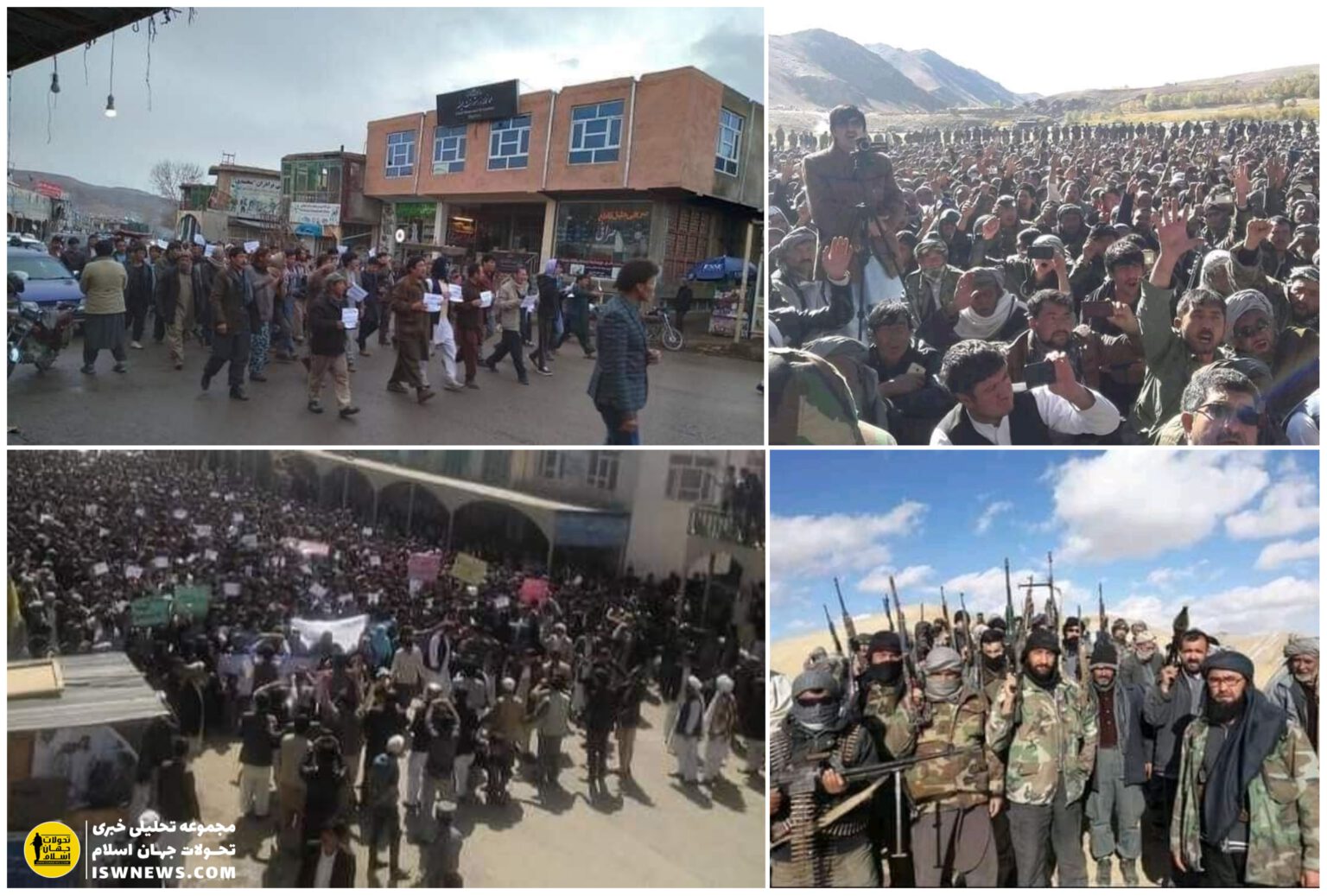 ISWNews Analysis Group: The people and the popular mobilization forces supported Behsud’s popular forces by holding demonstrations and rallies in the provinces of Bamyan and Daikundi.

Following the airstrikes by NATO and Afghan Army warplanes, as well as the announcement of Afghan Army to attack Behsud, yesterday the people of Bamyan in support of Behsud and their commander “Abdulghani Alipour” staged a large demonstration.

In Daikundi province, “Mohammad Baqer Moblliqzadeh,” one of the commanders of the popular mobilization forces in Ashtarli district, said in a large gathering of the people’s forces that the forces of the Resistance Front are not alone in Behsud, and if the government does not stop fighting them, They will face resistance from the pupular mobilization forces in Daikundi.

Tensions erupted in Maidan Wardak province as the central government believes that Abdulghani Alipour, commander of the Behsud popular forces, which has been armed to secure the Hazara and Shiite areas of Maidan Wardak, must be prosecuted and arrested for disrupting Afghanistan sovereignty, affiliation with Iran and the Fatemyun Brigade, etc.

Following this decision of the government, the people of Behsud declared their support for Alipour. On the other hand, security and government forces under the command of “Allah Dad Fadaei” fired on a public gathering in Behsud, during which dozens of people were martyred and wounded.
After the media attack on Behsud failed, the state media began to spread false news that Alipour had joined the Taliban, and now they claim that an Afghan Army helicopter was shot down by Behsud’s forces, and Ashraf Ghani ordered an operation against Behsud.

However, NATO (most likely British) warplanes and the Afghan Army have been carrying out airstrikes for the past two nights, killing more than seven civilians and wounding several others. According to local sources, the army in Bamyan province is mobilizing troops to carry out operations against Behsud.